Beat your allergies and tummy troubles with aloe... 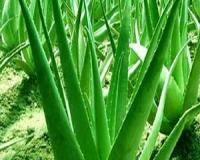 It's no secret that the aloe vera plant possesses numerous health-giving properties. Taken internally, aloe vera juice is renowned for providing many essential nutrients. For example, it contains the antioxidants vitamins C and E and beta-carotene - all of which help fight harmful free radicals...

It boosts immunity and can help disorders affecting the immune system such as chronic fatigue syndrome and rheumatoid arthritis.

It can also provide much-needed relief from intestinal problems like irritable bowel syndrome and allergies.

But there's something you should know...


The wild version of aloe is more beneficial for your health...

What is less well known is another species of aloe – called aloe ferox (or wild aloe). This tall, single-stemmed plant is native to the Cape region of South Africa and is grown organically without the use of pesticides or insecticides.

It is famed for being remarkably robust and is able to survive in a wide range of habitats, including inhospitable regions such as rocky hill slopes.

As you’re about to discover, aloe ferox may be a preferred choice over aloe vera… it offers all the same health benefits plus more. Even when it comes down to a matter of taste, aloe ferox wins hands down. Aloe vera juice is renowned for its distinctive bitter taste, which many people find hard to stomach, whereas aloe ferox juice has a neutral taste that is far more palatable.

Like aloe vera, aloe ferox is a rich source of nutrients. In fact, it contains at least three times as many polysaccharides as aloe vera. These are carbohydrates that have been found to help boost immunity, improve skin problems, and provide relief from intestinal problems like irritable bowel syndrome.

There are different types of polysaccharides that perform different functions. For example, aloe ferox contains high-molecular polysaccharides (not absorbed during digestion) which are able to bind to heavy metals like mercury and eliminate them from the body – helping to prevent a build-up of harmful toxins that can be detrimental to your health. Aloe vera does not provide this benefit.

Aloe ferox also has another advantage over aloe vera in that it contains another type of polysaccharide. These are called low-molecular polysaccharides that have a probiotic effect on your intestinal flora – encouraging the growth of beneficial gut bacteria.

Since intestinal flora play a vital part in the functioning of the immune system, taking it can help improve your resistance to infection.

Aloe ferox also assists the digestive system because of the numerous natural enzymes it contains. In particular, if aloe ferox is taken shortly before or after a meal, these enzymes encourage the proper digestion of food, which in turn helps you feel less tired and sluggish following a meal.

The plant also contains B-sitosterol – a plant steroid that helps combat allergic reactions. This is thought to be why taking regular sips of aloe ferox juice helps relieve the symptoms of hay fever and asthma.

In addition, aloe ferox contains twice as many proteins than aloe vera, and also possesses more iron and calcium too. It also contains more than 100 different secondary plant substances (including isoflavonoids and bioflavonoids), which have been found to have potent antiviral, antibacterial and anti-fungal properties.

You can buy aloe ferox at good health shops.

Tags: beat your allergies and tummy troubles with aloe...

Beat your allergies and tummy troubles with aloe...
Rating:
Note: 5 of 3 votes