Ask an Expert
Share your experience
Tags: a fruit, a mineral and a herb for prostate relief!

A fruit, a mineral and a herb for prostate relief! 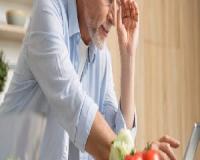 Your prostate is a small walnut-sized gland located at the base of your bladder that surrounds your urethra - the tube that carries urine from your bladder. Because of its position near the bladder, any enlargement can soon obstruct your urinary flow.

Find out below how a fruit, a mineral and a herb can relieve urinary issues...


The red fruit that helps with urinary issues and protects against cancer...

Lycopene, the pigment that causes the red colour in tomatoes, plays a major role in maintaining the health of the prostate gland.

One study showed that lycopene can slow the progression of Benign Prostatic Hyperplasia (BPH). It does this by lowering prostate specific antigen (PSA) which is connected to prostate inflammation,

In Mediterranean countries, the incidence of prostate cancer is far lower, and this is thought to be because Mediterranean men consume more tomato sauce in their diets, than men in other parts of the world.

In another study, patients scheduled for prostate removal received a 15mg lycopene supplement twice a day for three weeks. They experienced an average 20% drop in prostate specific antigen (PSA) levels – a diagnostic measure for prostate cancer – and their tumours began to shrink.

The participants were also found to have a significant reduction in DNA damage to prostate cells and white blood cells. This is important as DNA damage is an indication of an increased risk of cancer.

Make tomatoes a regular part of your diet, preferably cooked and with added olive oil in order to increase the amount of lycopene you absorb. Alternatively, you can take a supplement containing 30mg of lycopene per day.

Wouldn’t it be great to go to the bathroom ONCE before you go to bed – then sleep the whole night through?

Wouldn’t it be fantastic to not have to look for the toilet eveeeerywhere you go?

And not have to subject yourself to another dirty, disgusting public toilet…

That’s the whole idea behind the formula I want to introduce to you right now. It’s called ULTIMATE PROSTATE DEFENCE PLUS, and it’s guaranteed to make your life better -- or your money back.

It’s that simple, friend. If it doesn’t work, you don’t pay for it.

But I’m getting ahead of myself.

Let me quickly explain a little bit more about the “5 pillars of a perfect prostate” – and how they could quickly turn your life around.

Zinc is an essential nutrient for good prostate health...

The prostate gland contains more of the trace mineral zinc than any other organ in the body. Many studies have shown that zinc supplements can reduce the size of the prostate and can reduce symptoms in the majority of BPH patients.

Supplementing with this mineral can help fight prostate cancer too. One study found that zinc prevented cancerous cells from thriving when they incubated human prostate carcinoma cells with zinc – this showed a 50% inhibition of cell growth.

Researchers attributed decreased cell growth to apoptosis (programmed cell death), concluding that the inability to retain high zinc levels is an important factor in the development and progression of malignant prostate cells.

Vitamin B6 is essential for the proper absorption of zinc, so take 50mg of this vitamin at the same time.

Saw palmetto works just as well as many conventional drugs but without the side effects...

The herb saw palmetto (Serenoa repens) has been used by Native American Indians to treat urinary tract problems for centuries. Clinical trials have found that it works as well as finasteride for BPH, without the drug’s undesirable side effects.

In a randomised international study of more than 1,000 patients, both Saw Palmetto and
finasteride relieved BPH in two thirds of cases, but saw palmetto worked faster and resulted in far less problems regarding sexual function, decreased libido and impotence.

Another trial involving 811 men revealed that saw palmetto is just as effective as the alpha-blocker tamsulosin in reducing symptoms too. But, seven times as many patients in the tamsulosin group complained of “ejaculation disorders”.

The results of a placebo-controlled trial in China also proved saw palmetto’s effectiveness. After just 12 weeks of treatment with saw palmetto, men with BPH had significantly better urinary flow rates and almost 40% of those treated had a measurable reduction in prostate size, compared to just 2% in the control group.

Saw palmetto is a rich source of sterols, which block the production of DHT – a potent hormone which stimulates the growth of the prostate gland.

It also blocks the effect of male hormones such as testosterone and relaxes the muscle fibres within the prostate, allowing urine to flow more easily through the urethra. The
recommended treatment dose is 160-200mg twice a day.

You can also take a quality prostate health supplement containing these three ingredients and others.

A fruit, a mineral and a herb for prostate relief!
Rating:
Note: 3.5 of 5 votes