Type 2 diabetes is reversible with a low-calorie diet 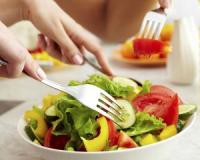 Turns out type 2 diabetes is reversible after all. This is according to a new study that put people with the blood sugar disorder on a low-calorie diet.

The study was led by Professor Roy Taylor at Newcastle University in the United Kingdom, who's spent almost four decades studying type 2 diabetes. He presented an overview of his findings at the European Association for the Study of Diabetes (EASD 2017) in Portugal.

Keep reading for the highlights that Professor Roy Taylor's study revealed for people with type 2 diabetes.

The body of Professor Roy Taylor’s research confirms that type 2 diabetes is caused by excess fat actually within both the liver and pancreas. This excess fat causes the liver to respond poorly to insulin, and because insulin regulates the normal process making glucose, the liver then overproduces glucose.

Professor Roy Taylor’s study, which was published in 2011, confirmed that the abnormal factors caused by excess fat in the liver and pancreas can be reversed by sharply decreasing excess food intake through a very low calorie diet.

The study showed a significant reduction in liver fat content, resulting in the normalisation of hepatic insulin sensitivity within one week of starting a very low calorie diet in people with type 2 diabetes.

“I think the real importance of this work is for the patients themselves,” Professor Rob Taylor wrote. “Many have described to me how embarking on the low calorie diet has been the only option to prevent what they thought – or had been told – was an inevitable decline into further medication and further ill health because of their diabetes. By studying the underlying mechanisms, we’ve been able to demonstrate the simplicity of type 2 diabetes.”
Tags: type 2 diabetes

Type 2 diabetes is reversible with a low-calorie diet
Rating:
Note: 4.33 of 3 votes