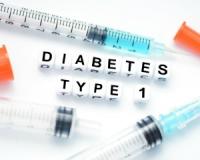 Brand new findings have discovered that omega-3 supplements from seal oil may support early nerve regeneration in patients with type 1 diabetes - a chronic condition in which the pancreas produce little to no insulin.

“This study is the first to show that targeted nutritional intervention can stop and reverse small fiber damage,” said Vera Bril, principal investigator and head of the division of neurology and medical director of the Ellen Prosserman Centre for Neuromuscular Diseases. Keep reading for the full story...

The study was conducted by researchers from Toronto-based Krembil Neuroscience Centre, who published their findings in the journal Neurology.

For over 20 years, the health profession has been flat out wrong!

Discover the real secret behind 'The French Paradox'

And why you too could eat fine cheese, tasty fillet and enjoy perfect Merlot every day

The French are renowned for their high fat diet.

From buttery croissants and double-thick cream to duck fat, liver paté, decadent sauces and soft, oozy Camembert. Not a meal goes by where they don’t indulge foods rich in heart-clogging fat.

But here’s the surprising thing:

Their hearts are amazingly healthy!

In fact, according to the World Health Organisation, the average South African is three times more likely to suffer from heart problems than the French.

Even more surprising, their heart health stats are the third lowest in the world – just behind Korea and Japan.

How do they do it?

Find out here, PLUS, how you can trim down by enjoying your food...

The researchers asked the patients to take seal oil omega-3 polyunsaturated fatty acid supplementation twice a day for one year. They used vivo corneal confocal microscopy to measure corneal nerve fibre length (CNFL), which is usually considered representative of small nerve fibre regeneration in other parts of the body and a biomarker for diabetes mellitus progression.

At the end of the study period, the researchers found that patients average a 29% increase in CNFL, which they said was well above the authors’ hypothesised change of 5%. They added that patients with diagnosed DSP had lower CNFL compared with those without DSP. But at one year, CNFL had equalised between these two groups, which suggests that seal oil supplementation could prevent the progression of clinical symptoms that are typically seen in patients with DSP.

The researchers concluded that seal oil could help patients with type 1 diabetes.