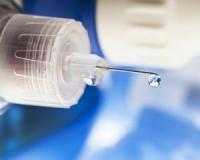 They say, “ignorance is bliss”, but I beg to differ. You may live in blissful ignorance, but insulin resistance, a syndrome which involves impaired sensitivity to insulin, is a real thing - and there's a chance you may have it.

Also known as “dysmetabolic syndrome” by doctors, insulin resistance is associated with obesity, high blood pressure and sensitivity to blood fat anomalies. What's more, this syndrome is associated with heightened risk of serious health concerns, from diabetes to stroke to heart disease.

Here's everything you need to know about insulin resistance syndrome - from the risk factors involved to how to treat it...

Obesity, among other factors, plays a major role in insulin resistance syndrome risk

Of all the risk factors associated with insulin resistance, obesity is one of the biggest. According to new studies, every one in three Americans have insulin resistance syndrome, which researchers say attribute to the rapid rise in obesity rise in America.

So what about South Africa? Well, we’re not too far behind...

Research shows that in our country, both men and women are quickly catching up to the Americans when it comes to being obese or overweight. In fact, according to local endocrinologist, Dr Tessa van der Merwe of Johannesburg Hospital, a whopping 30% and 50% of South African men and women respectively are obese.

Medical director of the Scripps/Whittier Diabetes Institute in California in the USA, Dr Daniel Einhorn, says that new guidelines for insulin resistance syndrome have been set by a panel of members from various diabetes and medical associations. Dr Einhorn says that this should help doctors better identify patients with the syndrome.

What’s interesting is that many people who have insulin resistance have normal levels of the bad type of cholesterol known as LDL cholesterol. Dr Einhorn warns, “If you’re a person at risk, you should know your values. If you have one or more of these abnormalities, you most likely have the insulin resistance syndrome.”

Dr Einhorn adds that doctors should be alert to the conditions in patients who have lots of body fat around their abdomen or who are over the age of 40. In women specifically, he says that a disorder known as polycystic ovary syndrome and a history of diabetes during pregnancy may increase risk of insulin sensitivity.

Stanford University diabetes expert, Dr Gerald Reaven, says, “We have the capacity to make an enormous, enormous impact.” Dr Reaven is known as the “father of insulin resistance syndrome”. It was him who initially dubbed the condition as “Syndrome X”.

The risk factors associated with insulin resistance - a syndrome linked to severe health problems like diabetes and stroke
Rating:
Note: 5 of 1 vote