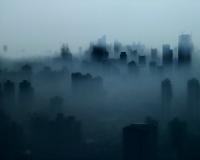 It's no secret that type 2 diabetes is on the rise, but what's the reason behind it? According to an interdisciplinary team of scientists from the University of Leicester and other institutions, one potential reason may be air pollution.

The scientists published these findings in the journal Environment International. To learn more about the possible link between type 2 diabetes and air pollution, keep reading...

To reach their findings, the scientists looked at data from 10,443 participants from diabetes screening studies in Leicestershire in the UK. They considered factors such as the number of cases of type 2 diabetes, exposure to air pollution and demographic and lifestyle factors.

The scientists concluded that demographic factors largely explained the link between type 2 diabetes and air pollution. Dr Gary O’Donovan, lead author of the study, said: “High air pollution and low physical activity are two of the leading causes of disease and premature death in middle and high-income countries.”

“Like most cities in the UK, Leicester has only a handful of air quality monitors. The UN has estimated that two thirds of world's population will be living in cities by 2050 and our cities must become better, healthier places in which to live,” Dr O’Donovan added.

********
In the next 30 seconds two South Africans
will die from either heart disease or
diabetes...
Don't let the next statistic be you!
Research studies from the likes of Mayo Clinic, the Linus Pauling Institute and the
Sports Science Association have shown that supplementing with a combination of
just three natural nutrients could reverse some of the world’s deadliest and most
common conditions.
Go here to find out what this nutrient-trio is and how else it can protect your health and give you a new lease on life.
********


Air pollution is the biggest environmental health risk in the world...

According to the scientists, exposure to traffic-related air pollution is tied to insulin resistance – a hallmark of type 2 diabetes – and observational evidence has been applied to better understand this potential link.

Professor Roland Leigh, co-author of the study, said: “We know that air pollution is the world's largest environmental health risk affecting 92% of the population and associated with more than three million deaths per year and evidence suggested it may contribute to the rise in type 2 diabetes.”

The rise in type 2 diabetes may be due to air pollution
Rating:
Note: 5 of 1 vote