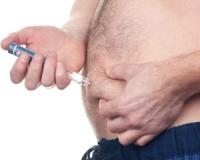 As a diabetic, you already know that you can take control of your condition without taking medication by making a few lifestyle changes. For example, by exercising more and eating a balanced diet. But what about if you're obese?

Past research has suggested that obese diabetics can improve both their body weight and blood sugar levels over a six-month period by following a diet low in carbohydrates.

A new Swedish study conducted by the same scientists, published in the journal Nutrition and Metabolism, backs this earlier research. The study found that the low-carb diet may in fact be one of the most effective approaches that an obese person with type 2 diabetes can take to achieve control of their condition.

For the study, Dr Jorgen Nielsen and Dr Eva Joensson from Blekingesjukhuset, Karlshamm in Sweden followed 31 obese people with type 2 diabetes. At the start of the study, subjects had an average weight of 100.6 kg and a body mass index (BMI) of 36.1 kg per sq.m.

The two doctors assigned 16 of the subjects to the low-carb diet, which consisted of no more than 20% carbohydrates. The other 15 subjects continued to follow their normal diet, which was made up of 55% to 60% carbohydrates. Doctors noted that both diets were equal in calories – 1,800 calories for men and 1,600 for women.

A further follow-up showed that following the low-carb diet for a 22-month period provided further benefits to the subjects. Doctors concluded that it “is an effective tool in the management in motivated obese patients with type 2 diabetes.”


While the low-carb diet may provide benefits for obese diabetics, it’s not recommended for healthy weight loss

Before you think of making the switch to the low-carb diet just to shed those extra kilos around your waistline, hold up! Roopinder Braar, a care advisor for the British charity Diabetes UK, told NutraIngredients.com that he doesn’t recommend the low-carb diet for weight loss – even though it’s shown to be beneficial for weight loss in obese people with type 2 diabetes.

Braar explained, “Studies have shown that a healthy diet combined with physical activity is best for successful weight loss and is more effective than if you simply diet or exercise alone. It’s a common myth that you should cut out starchy foods like bread and potatoes to lose weight.”