Study warns: Drinking just one can of sugary soda a day can drastically heighten your risk of type 2 diabetes! 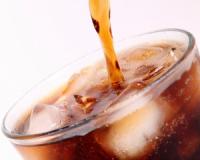 Do you often find yourself running low on energy by the afternoon comes around and then head to the office vending machine to pick up a can of soda to pick you up? I know the feeling all too well, as I'm sure you do too. But according to a new study published in the Journal of Nutrition, this is a very dangerous habit…

In the study, researchers warned that drinking just one can of sugar-packed soda a day can drastically boost your risk of developing pre-diabetes, a warning sign condition that precedes type 2 diabetes!

Senior researcher Nicola McKeown, a scientist with the Jean Mayer USDA Human Nutrition Research Centre on Ageing at Tufts University in Boston in the USA, reported that a person who drinks a can of sugar-sweetened soda every day is 46% more likely to develop pre-diabetes. On the other hand, a can of diet soda every day doesn’t boost pre-diabetes risk, she reported.

For the study, McKeown and her team of researchers analysed 14 years of data on almost 17,00 middle-aged adults – none of which had pre-diabetes or diabetes at the start of the study. McKeown and her team obtained their data from the Framingham Heart Study; a federally funded programme that’s monitored multiple generations for clinical and lifestyle characteristics that contribute to heart problems.

During the 14-year period that McKeown and her team examined, participants self-reported their consumption of sugar-sweetened beverages and diet sodas. What the research team found was that those who drank the most sugary sodas – six 12-ounce servings a week – were 46% more likely to develop pre-diabetes before the researchers weighed other factors.

“The results show how regular sugar intake can batter a person’s body on a cellular level,” McKeown said. “Cells require the hormone insulin to break down sugar into energy. But too much sugar in the diet can overexpose the cells to insulin. This constant spike in blood glucose over time leads to the cells not becoming able to properly respond, and that's the beginning of insulin resistance,” she added. Once insulin resistance starts, your blood sugar levels rise so high that they’re damaging to all of your body’s other system!

“Pre-diabetes means a person has elevated blood sugar – a sign of increasing insulin resistance – but hasn’t entered full-blown type 2 diabetes,” McKeown explained. But the condition is reversible if you  simply cut back on sugar-loaded drinks and eats like sugar-sweetened sodas, according to McKeown. “These results show cutting back on sugary drinks is a modifiable dietary factor that could have an impact on that progression from pre-diabetes to diabetes.”

Because this study ws observational, McKeown said that it doesn’t establish a cause-and-effect link between sugary drinks and pre-diabetes. However, she assures that the association certainly makes sense, and Dr Deena Adimoolam, an assistant professor of medicine, diabetes, endocrinology and bone disease with the Icahn School of Medicine at Mount Sinai in New York City, agreed.

“A 20-ounce (about 500ml) bottle of regular soda may contain up to 18 teaspoons of sugar," Adimoolam said. "Be aware of what you are drinking every day, and don't forget that drinks have calories, too,” Dr Adimoolam commented.

Study warns: Drinking just one can of sugary soda a day can drastically heighten your risk of type 2 diabetes!
Rating:
Note: 5 of 1 vote