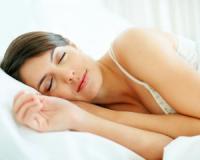 While you think that you may be doing your body a favour by adding two or more hours of sleep to your routine each night, a new study published in the journal Diabetologia shows otherwise...

According to the study, women who experience a large increase in their hours of sleep each night may be at heightened risk of developing type 2 diabetes. Here's why...

For the study, researchers tracked almost 60,000 American women. These women were nurses between the ages of 55 and 83. Researchers looked for changes in sleep patterns between 1986 and 2000. Then, they looked for associations between sleep changes and cases of type 2 diabetes diagnosed between 2000 and 2012.

They found that just over 3,500 women developed type 2 diabetes within this time period.

After researchers took factors such obesity into account, they found that the association between sleep patterns and type 2 diabetes risk in women wasn’t as statistically significant. They noted that women who were seriously short on sleep were the most likely to develop type 2 diabetes.

To be specific, researchers found that short sleepers who added two hours of sleep a night upped their risk of type 2 diabetes by a whopping 21%!  Study author Elizabeth Cespedes from Kaiser Permanente Division of Research in California explained, “Increasing sleep duration after previous years of short sleep may not be a panacea.”

Cespedes said that it’s important to note that they weren’t able to confirm a cause-and-effect relationship.

Although this study found a link between sleep patterns in women and type 2 diabetes risk, they weren’t able to identify whether or not changes in sleep patterns contributed directly to diabetes or vice versa.

Cespedes said that previous studies have found that people who sleep too much or too little, don’t exercise regularly and eat poorly are more likely to develop obesity and later type 2 diabetes.

Study shows that women who add two or more hours of sleep to their routine every night are at higher risk of type 2 diabetes
Rating:
Note: 5 of 1 vote