Sleep apnea can boost your risk of type 2 diabetes and hypertension! 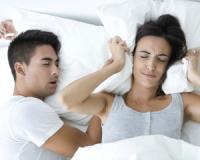 As if sleep apnea isn't worrisome enough on its own, a pair of studies has determined that mild to moderate obstructive sleep apnea may be tied to an increased risk of developing type 2 diabetes and hypertension.

Both of these studies were published in the journal Sleep. Keep reading for the full findings...

According to the American Academy of Sleep Medicine, nearly 30 million people in the United States alone suffer from obtrusive sleep apnea.

Sleep apnea is a potentially serious sleep disorder in which breathing repeatedly stops and starts. Some doctors consider it a “chronic disease” because it involves the repeated collapse of the upper airway during sleep.

“We found that even mild sleep apnea was strongly associated with increased risk of developing hypertension by four times compared to individuals without sleep apnea,” reported Alexandros N Vgontzas, principal investigator and professor in the Department of Psychiatry at Pennsylvania State University College of Medicine.

The researchers noted that the results showed the type 2 diabetes and hypertension associations were strongest in young and middle-aged adults.

“In young and middle-aged adults, our findings suggest that early detection and treatment of mild-to-moderate sleep apnea is warranted in order to prevent future cardiometabolic disease,” explained Yun Li, the study’s lead author and postdoctoral scholar.

He offers a few tips for young to middle-aged sleep apnea patients to lower their risk of type 2 diabetes and hypertension: “Given the stronger association of sleep apnea with metabolic abnormalities in this age group, emphasis should be placed on yearly monitoring of indices of metabolic symptoms and lifestyle interventions, such as weight control, healthy diet, regular exercise, and stress management.”
Tags: type 2 diabetes

Sleep apnea can boost your risk of type 2 diabetes and hypertension!
Rating:
Note: 5 of 1 vote