Insulin pumps versus insulin injections - which is better for blood sugar control? 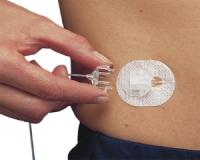 Diagnosed with type 2 diabetes? Then you should be very familiar with both insulin pumps as well as insulin injections as tools to help keep your condition under control. But you're probably curious as to which one works best...

According to a recent report published in The Lancet, insulin pumps are better than multiple daily insulin injections for blood sugar control in adults with type 2 diabetes.

Insulin pumps are small devices worn by diabetics that deliver constant amounts of insulin to their bodies through a catheter that's placed under their skin. Here's why they're better than injections...

The international study, which was funded by medical device maker Medtronic, included 331 subjects with poorly controlled type 2 diabetes who were aged between 30 and 75. Subjects were using multiple daily insulin injections to keep their blood sugar levels steady.

Researchers assigned each subject to either continue injecting insulin, or to switch over to using an insulin pump. After six months, they found that subjects who switched to insulin pumps had reduced, healthier blood sugar levels compared to those who continued to use insulin injections.

What’s more, the study noted that twice as many patients who used an insulin pump reached the blood sugar control target range, which was 55% versus 28%! At the end of the study, subjects using an insulin pump needed 20% less insulin than those who were injecting.


***Advertisement*** Now you can say no to sugar everyday The American Diabetes Association confirms this ingredient is the solution to lasting energy Details here.

Study author Yves Reznik of the University of Caen Cote de Nacre Regional Hospital Centre in France reported in a news release, “Our findings open up a valuable new treatment option for those individuals who are failing on current injection regimens. I believe that the devices may also provide improved convenience, reducing the burden of dose tracking and scheduling, and decreasing insulin injection omissions.”

One expert, Dr Gerald Bernstein, who directs the Diabetes Management Programme at the Friedmann Institute in New York City, thinks that insulin pumps may be the future of diabetes care. But despite this, he believes that hurdles remain due to inhibitors in the health care system.

Dr Bernstein explains, “While daily self-injections have been the standard of care for decades, for many patients where personal discipline plays a role, injections just don't do it.”

If you’re looking to make the jump from insulin injections to an insulin pump, Dr Bernstein recommends that you get a sophisticated diabetes educator as well as a pump trainer to help you. It may sound like a lot of effort, but he assures that it will improve your productivity and quality of life, as well as slash your risk of complications.
Tags: diabetes, blood sugar, blood sugar support, diabetes treatment, type 2 diabetes, insulin pumps, insulin injections, insulin, diabetes news

Insulin pumps versus insulin injections - which is better for blood sugar control?
Rating:
Note: 5 of 1 vote