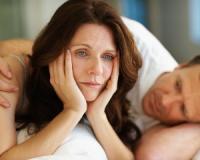 An insufficient level of vitamin C could increase the risk of metabolic syndrome in postmenopausal women, suggests new research from Brazil.

Metabolic is a collection of conditions that increases the risk of heart disease, stroke and diabetes, and it estimated to affect around 50% of women over the age of 50. The risk of developing metabolic syndrome increases with age, however, adopting healthy lifestyle habits can help keep it at bay.

The new study, carried out by researchers at São Paulo State University's Botucatu Medical School (FMB-UNESP), found a strong association between levels of vitamin D and metabolic syndrome in women between ages 45 and 75. Read on for the full scoop.

For their study, the team looked at 463 women aged 45 to 75 and followed them for two years. The participants’ last menstruation had occurred at least one year before the start of the study, and none of them had pre-existing or existing heart problems.

The team also looked at typical parameters for metabolic disorder to determine if the participants had the condition. These include a waist circumference above 88 cm, high blood pressure (above 130/85 mmHg), high blood sugar (fasting glucose above 100 mg/dL) and abnormal levels of triglycerides (above 150 mg/dL) and cholesterol (HDL below 50 mg/dL).

The team diagnosed participants who met three or more of these criteria with metabolic disorder.


----------Editor’s Choice----------
Get your hormones back in sync
Whether you’re pre-menopausal, post-menopausal or in between – if you’re tired of gulping ice water, gaining weight and suffering through endless mood swings… Your life is about to change, again… This time for the better!
To relieve your menopause symptoms safely, you need to read this report. Click here.
-------------------------

After also measuring the participants’ blood vitamin D levels, the team found that 57.8% of the women analysed with vitamin D sufficiency (20 to 29 ng/ml) or deficiency (less than 20 ng/ml) also had metabolic syndrome. However, only 39.8% of participants with healthy vitamin D (30 ng/ml or more) had the condition.

“We found that the lower the level of blood vitamin D, the greater the occurrence of metabolic syndrome,” commented Eliana Aguiar Petri Nahas, one of the study’s authors. “The results suggest that supplementing and maintaining adequate levels of vitamin D in postmenopausal women can reduce the risk of disease.”

So what makes vitamin D contribute to metabolic disorder? The team think it might influence insulin secretion and sensitivity, which plays a major role in the condition.

Nahas added that ageing is also a key factor in vitamin D deficiency. “Exposure to the sun activates a sort of pre-vitamin D in the adipose tissue under the skin,” she explained. “Ageing leads not just to loss of muscle mass, but also to changes in body composition, and this pre-vitamin D is lost. That’s why older people produce less vitamin D even if they get plenty of sunlight.”