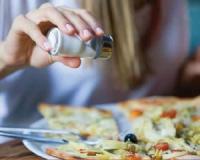 Sodium intake is tied to an increased risk of developing two types of diabetes mellitus - type 2 diabetes and latent autoimmune diabetes (LADA), a form of type 1 diabetes, in adults. This was uncovered at a recent European Association for the Study of Diabetes meeting.

Previous studies have suggested that excessive sodium consumption can boost your risk of developing type 2 diabetes, possibly through promoting high blood pressure and weight gain, or by a direct effect on insulin resistance. Read on to learn more about the new study.

Most of us eat a diet rich in processed foods, which are chockfull of sodium

The main source of sodium in our diets is through salt, which is made up of 40% sodium. For every 2.5 g of salt we consume, we consume 1 g sodium.
While you may not think you consume much salt, if you eat a diet rich in processed foods – which most of us do – you definitely are. Processed foods like frozen meals, canned or pickled foods, deli meat, cheese, breads, cereals, and condiments, sauces and dressings are all brimming with hidden salt.

The new study was conducted by Dr Bahareh Rasouli of The Institute of Environmental Medicine (IMM) at Karolinska Institutet in Sweden. Dr Rasouli and his colleagues from institutions in both Sweden and Finland set out to determine if there’s a link between sodium intake and two types of diabetes mellitus, type 2 diabetes and LADA.
LADA is a form of type 1 diabetes in which the body’s own immune system destroys the cells that produce insulin in the pancreas. However, unlike type 1 diabetes, LADA develops very slowly, sometimes over several years. Slow progression, together with appearing later in life, can lead to doctors mistakenly diagnosing LADA as type 2 diabetes.

*** Blood sugar worries?  Get ready to sigh with sweet relief!   When this research first crossed my desk I couldn’t believe it!   The latest blood sugar science shows that your body’s own safety mechanism is why your current blood sugar solution may be selling you short.   In fact, this research confirms that targeting only your body’s natural insulin and your pancreas to conquer blood sugar is like trying to douse a forest fire with a glass of water.   But this research has also led to some really exciting news for you—a breakthrough in blood sugar science that no one saw coming.   Get ready to sigh with sweet relief! ***
Dr Rasouli and his team used data from a Swedish population-based study of risk factors for type 2 diabetes and LADA. They compared 1136 cases of type 2 diabetes with 355 cases of LADA from the study with a matched group of 1379 people from the wider population acting as controls. Dietary intake was recorded using a food questionnaire. The team used this questionnaire to determine daily consumption of nutrients, calories and sodium.
Next, the team divided the people into two groups according to their HLA genotype (the influence of their genetics on their diabetes mellitus risk) – “high risk” or “other”. They then made adjustments to account for differences in risk factors, including age, sex, BMI, physical activity, family history, smoking, alcohol, total energy and potassium intake.
The team discovered that sodium intake was associated with an average 43% increase in the risk of developing type 2 diabetes for each extra gram of sodium (which is about 2.5 g salt) consumed per day. After dividing the people into three groups based on their sodium consumption, they found that the group with the highest consumption (above 3.15 g per day) had a 58% higher risk of developing type 2 diabetes than those with the lowest consumption (under 2.4 g per day).
However, the team noted that since salt is only 40% of sodium by weight, for actual salt consumption the  high consumption group is above 7.9 g per day and the low group is 6 g and under per day.
Furthermore, the team found that the effect of sodium intake on the risk of developing LADA was even more severe with a 73% rise for each extra gram of sodium consumed per day. LADA patients with high risk HLA genotypes whose sodium consumption was considered high (over 3.15 g per day) were almost 25% more likely to develop the disease than those whose whose consumption was the lowest (under 2.4 g per day).
“We confirm an asociation between sodium intake and type 2 diabetes, and that high sodium intake may be a risk factor for LADA, especially in carriers of high risk HLA genotypes,” Dr Rasouli concluded, adding that these findings may play an important role in the prevention of diabetes mellitus with adult onset.
Tags: diabetes mellitus