Hold the salt! Study shows that a high salt diet puts type 2 diabetics at double the risk of stroke and heart attack 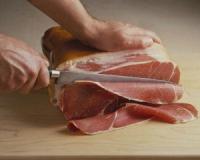 Do you have type 2 diabetes? Do you eat a diet high in smoked, cured, salted or canned meat and fish such as bacon, cold cuts, ham, sausages, sardines and anchovies? How about frozen breaded meats and dinners, canned entrees and salted nuts?

If you answered, “YES, YES, YES!”, here's some bad news - a recent Japanese study revealed that people with type 2 diabetes who follow a high salt diet are at double the risk of stroke and heart attack.

What's more, researchers found that the risk increases even more among people who don't manage their diabetes well!

The study was conducted by Chika Horikawa of the University of Niigata in Japan and colleagues and published in the Journal of Clinical Endocrinology & Metabolism. Read on for the full scoop.

To reach their findings, researchers looked at nearly 1,600 people between ages 40 and 70 who were participating in a nationwide study of diabetes complications in Japan. Each subject completed a survey in which they answered questions about their diet, including their salt intake.
The researchers then reviewed the survey data on heart complications that the subjects experienced over an eight-year period. They found no association between high salt intake among diabetics and increased risk of diabetes-related eye problems, kidney disease or death.
However, they did find that subjects with type 2 diabetes who consumed an average of 5.9 g of sodium every day had double the risk of developing heart disease, compared to those who consumed an average 2.8 g of sodium daily.


*********** Hot off the press ************
The ultimate discovery in blood sugar support...   If you have: •             Stubborn excess weight that hangs over your belt no matter what you do, •             Urgent cravings for sweets, chocolates, chips... •             And mood swings that often ruin your day   You could need some help balancing your blood sugar levels. And now you could jumpstart your benefits in as little as one week, take a look…
*************************************
Furthermore, the researchers noted that the heart disease skyrocketed almost 10-fold for subjects who poorly managed their diabetes and ate a diet with excess salt!
While the study merely found an association between salt intake in type 2 diabetics and increased risk of heart disease, experts still believe that it’s important to limit salt intake.
“The findings are very important from a public health point of view,” said Dr Prakash Deedwania, chief of cardiology for the Veterans Administration Central California Health Care System and a professor at the University of California, San Francisco School of Medicine in the USA.
“Everyone's focused on controlling glucose [blood sugar] to prevent diabetes complications. Salt intake is not as well emphasized, but this shows it should be reduced as well,” Dr Deedwania added.

Hold the salt! Study shows that a high salt diet puts type 2 diabetics at double the risk of stroke and heart attack
Rating:
Note: 5 of 1 vote