French study warns that a high intake of omega-3s can increase your risk for diabetes! Here's the right (and wrong) way to consume these fatty acids 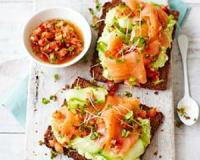 You know that omega-3s are critical to both your brain and heart health. However, a new French study hints that a high intake may increase your risk for diabetes. What does this mean, exactly? The researchers aren't quite sure...

However, what they were able to conclude is that how you get your omega-3s matters. Read on for more about the study plus eight dos and don'ts of consuming omega-3s.

For the study, which was presented at the European Association for the Study of Diabetes General Assembly, researchers analysed the omega-3 intake of over 70,000 women. They found that those with the highest consumption were more likely to develop type 2 diabetes over a 14-year period.
However, when researchers took a closer look at the different types of omega-3s, DPA (docosapentaenoic acid) – which is found in foods like raw Atlantic salmon, grass-fed beef and grass-fed brains – stood out. Women with the highest DPA intake were 45% more likely to be diagnosed with type 2 diabetes, compared to those who consumed the least. For overweight women, the risk shot up to 54%! Researchers said that meats were the top source of DPA in the women’s diets.


*********** Hot off the press ************
The ultimate discovery in blood sugar support...   If you have: •             Stubborn excess weight that hangs over your belt no matter what you do, •             Urgent cravings for sweets, chocolates, chips... •             And mood swings that often ruin your day   You could need some help balancing your blood sugar levels. And now you could jumpstart your benefits in as little as one week, take a look…
*************************************
While further research is needed and many questions remain unanswered, one thing is clear here: It’s your diet as a whole rather than just one nutrient that matters. This is why most doctors recommend eating seafood and other sources of omega-3s as part of the Mediterranean diet – abundant in fruits, vegetables, whole grains, plant-based fats, herbs and spices.
Not only will the Mediterranean diet maximise your antioxidant intake, it will also create balance in your diet. Here are eight eating strategies to keep in mind while you’re following this eating pattern for optimal omega-3 consumption.

#1: Do eat lots of seafood
But make sure you cook your seafood in healthy ways and that you’re mindful of your overall eating pattern. For example, eating too much shellfish can lead to high cholesterol!
#2: Do eat fruit at breakfast
Try to eat a variety of fruits at breakfast every day – whether in the form of a smoothie or smoothie bowl, or with yoghurt. Snacking on fruit is a great idea, too – when you get tired of fruit-based snacks, munch on veggies paired with guacamole, hummus, olive tapenade and tahini, or olives, nuts and seeds instead.

According to the Heart and Stroke Foundation, the average South African has a heart age eight years older than the real age

Are you walking around with a heart that's ageing faster than your body?

If your heart is older than your chronological age, you could be at risk of a heart attack or stroke.
But fear not, your heart isn’t doomed to early retirement. Because this one nutrient your body doesn’t produce could help turn back the clock of your ageing heart.
It’s a simple, yet long exploited, secret the Japanese have been using for thousands of years… Go HERE to find out what it is!
********
#3: Do include vegetables in most meals
Make sure you include vegetables in most meals – especially those that contain animal-based foods. For breakfast, whip greens into a smoothie or add them to an omelette or frittata.  For lunch, opt for salads over sandwiches. At dinner, aim to fill half your plate with veggies – they can be oven-roasted, sautéed or stir-fried.
#4: Do use antioxidant-rich herbs and spices
Sprinkle antioxidant-rich herbs like basil onto your salads. Also cook with garlic, as well as fresh or dried herbs and spices, such as rosemary, cumin, oregano and cloves. You can even add cinnamon, mint or ginger to smoothies and yoghurt parfaits for a breakfast treat!
#5: Don’t eat too much meat
Cut your meat intake in half and fill the other half of your plate with pulses like beans, lentils and chickpeas. You can also use pulses in place of grains, for example – serve seafood like a salmon fillet or prawns over lentils instead of rice.
#6: Don’t use butter to sauté vegetables
Instead of using butter to sauté vegetables, use plant-based fats, which are chockfull of antioxidants and have anti-inflammatory properties. Think extra virgin olive oil, avocado oil or coconut oil. Other healthy fats you should eat lots of include nuts, seeds, nut and seed butters and avocados.
#7: Don’t indulge in processed foods
Processed foods may be convenient, but they’re detrimental to your health! Minimise or nix highly processed foods such as refined grains like white bread, pasta and white rice, as well as sugar-filled soft drinks, baked goods, sweets and desserts.
#8: Don’t eat animal products that aren’t organic
Animal products that are produced with natural or organic methods, for example – grass-fed beef, lack antibiotics and hormones and have much healthier fat profiles, making them better options for your health and well-being.
Pssst! Check out this carb smart nori-crusted salmon dish is packed with long chain omega-3 fats, EPA and DHA.
Tags: omega-3 fatty acids, omega-3 consumptions, omega-3-rich foods, dpa, animal products, dpa-rich foods, omega-3 health benefits, omega-3 health risks, brain health, heart health, diabetes risk, tips for omega-3 consumption, mediterannean diet, mediterannean diet benefits, nutrition tips

French study warns that a high intake of omega-3s can increase your risk for diabetes! Here's the right (and wrong) way to consume these fatty acids
Rating:
Note: 5 of 1 vote