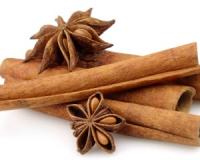 As Hippocrates, the father of modern medicine, said: “Let food be thy medicine, and medicine thy food.”

You may not think that there are nutrients that can help control and lower your blood sugar, but the good news is that there absolutely are!

Below are five natural ways that diabetics or pre-diabetics can help control their blood sugar.

#1: Cinnamon extract
A bioflavonoid found in cinnamon called proanthocyanidin may alter the insulin-signaling activity in our fat cells and thus has great potential for helping diabetes.
A half a teaspoon of cinnamon a day has been shown to significantly reduce blood sugar levels and triglycerides in people with Type 2 diabetes.
#2: Alpha-lipoic acid
In several studies, alpha-lipoic acid appears to help lower blood sugar levels. Its ability to kill free radicals may help people with diabetic peripheral neuropathy. A 2006 study found that taking alpha-lipoic acid for diabetic neuropathy reduced symptoms compared to the placebo.


******** RECOMMENDED ********
Imagine if eating eggs, pizza and brownies could conquer diabetes and help slash your blood sugar by as much as 54%!
Discover these 10 secret 'super-foods' in this doctor-approved programme that can give you astonishing information to help you beat the odds and teach your body how to digest sugar.
Get control of your diabetes and you could feel fit, healthy, and energised. Find out how, go here now!
*******************************
It also strengthens immunity, improves energy in cells, protects brain cells against excitotoxicity and removes excess toxic metals. Suggested dose for diabetics and diabetic neuropathy: 400 mg twice a day.
#3: Green tea
A compound in green tea,  EGCG, was found to stabilize blood sugar levels of moderately diabetic mice as effectively as a prescription pharmaceutical diabetic medication!
#4: Chromium
When chromium levels are low, HDL levels fall, insulin resistance develops and triglycerides rise. Chromium supplementation has been shown to improve insulin receptor function.
Studies indicate hemoglobin A1c were reduced, inflammation was decreased and glucose returned to normal in most people who took chromium. Best food sources of chromium include onions, tomatoes, potatoes and sea vegetables.
#5: Milk thistle
Milk thistle seed extract contains powerful antioxidant properties. One study showed that people who received a 200 mg milk thistle tablet three times per day before meals for four months saw improvements in their blood sugar compared to placebo.
Be sure to try out these five super diabetes-fighters if you struggle with unstable blood sugar levels.
Tags: diabetes, type 2 diabetes, blood sugar, tips to stabilise blood sugar, natural diabetes tips