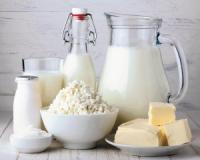 You may be surprised to hear that researchers at the Harvard School of Public Health have found that consuming high-fat dairy offers significant protection against developing a number of metabolic problems, including the onset of type 2 diabetes.

What's more, in their study, which was funded by the National Institutes of Health, researchers found that people with a fatty acid known as trans-palmitoleate (which rises in direct proportion to the amount of high-fat dairy products you eat) in their blood had an impressive three-fold less likelihood of developing type 2 diabetes.

Read on for the full story, which turns the dogma about eating a low-fat diet on its head!

To reach their findings, the researchers followed 3,736 participants who were enrolled in the National Heart, Lung and Blood Institute-funded Cardiovascular Health Study who’d been followed for 20 years in an observational study to evaluate the risk factors for cardiovascular disease in older adults.

In 1992, blood samples, including samples of fatty acid content present in the blood, were collected. At baseline, the researchers found a link between higher circulating levels of trans-palmitoleic acid and healthier levels of blood cholesterol, insulin levels, insulin sensitivity and inflammatory markers.