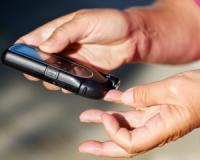 Diabetes is a chronic, lifelong disease. Apart from taking toll on a huge number of people in Africa, it may also be taking a financial toll on the health systems of countries all around the world.

According to reports, the diabetes rates in low and middle income countries are skyrocketing. And what's more concerning is that many people around the world still have lower the adequate access to diabetes treatments that are affordable and effective.

For more information on the diabetes rate in our country plus other interesting - yet somewhat shocking - facts and statistics on the disease, keep reading.

Insulin used to be widely available, but today many people don’t have access to effective diabetes treatments

Back in the early 1920s, Canadian medical scientist who founded the first successful treatment for diabetes, Frederick Banting, and his colleagues decided to make patent for insulin available free of charge. Shortly thereafter, insulin was widely available around the western world.

Fast forward almost a century later and diabetes rates in low and middle income countries are rapidly increasing. People in the south still have far less than adequate access to diabetes treatments.


The cost of treating just one diabetes patient per year in South Africa is R26,443.99

Diabetes treatments don’t come cheap. The CDE, or Centre for Diabetes and Endocrinology that runs 14 private diabetes clinics, recently reported that to treat just one diabetes patient per year in South Africa, it costs approximately R26,443.99.

The CDE added that more than one tenth of the entire worldwide health expenditure each year is spent on treating adults with diabetes. And the number of people with diabetes and obesity (a hallmark of the blood sugar disease) is on the rise despite the fact that globally, half of adults who have diabetes are yet to be diagnosed.

According to The International Diabetes Federation, approximately 2.28 million cases of type 2 diabetes were diagnosed in South Africa in 2015. Needless to say, type 2 diabetes is far more prevalent than type 1 diabetes.

What’s more, the federation says that Africa has the highest proportion of undiagnosed adults living with the disease. To be specific, an estimate two-thirds of people living in Africa suffer from diabetes but don’t know they have it.

*** SanVia Gold turns all kinds of "guilty pleasures" into stealth superfoods -Even mouth-watering brownies!   If you hate to cook, you'll love SanVia Gold. Just stir SanVia Gold into your favourite hot or cold cereal, and you're done. Or you can whip it up with your morning shake, add it to fruit-flavoured yoghurt, or sprinkle it onto salads or into your brownie mixture. No cooking skills of any kind are required...   Get your hands on this phenomenal super-grain that turns any food healthy… ***

Interestingly enough, it seems as if the disease affects people living in poorer parts of the world. The World Health Organisation reported that four out of every five diabetes deaths occur in low and middle income countries. They suggested that this may be because diabetes treatments aren’t available in poorer areas.

Type 1 diabetes, on the other hand, is far less common. In fact, it’s fairly rare. According to reports, this condition appears most commonly in younger people, while type 2 diabetes develops later in life and is responsible for approximately 90% of diabetes cases.

Delaying or preventing type 2 diabetes is completely possible. According to the CDE, all you have to do is adopt a healthier lifestyle.

This is why early detection is so important, they stress.

Eye-opening facts you absolutely need to know about diabetes in South Africa
Rating:
Note: 5 of 1 vote