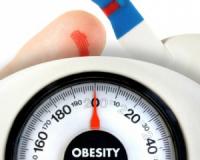 You've heard of probiotics and prebiotics and how they benefit your gut health. Now, it's time you learn about post-biotics, or the by-products of bacteria.

According to a new study conducted by researchers at McMaster University in Canada, post-biotics help lower blood glucose and allow insulin to work better during obesity. In turn, this combats prediabetes before type 2 diabetes develops. Here's the full scoop.

The study was published in the journal Cell Metabolism and led by senior author Jonathan Schertzer, an assistant professor of biochemistry and biomedical sciences.


********
In the next 30 seconds two South Africans
will die from either heart disease or
diabetes...
Don't let the next statistic be you!
Research studies from the likes of Mayo Clinic, the Linus Pauling Institute and the
Sports Science Association have shown that supplementing with a combination of
just three natural nutrients could reverse some of the world’s deadliest and most
common conditions.
Go here to find out what this nutrient-trio is and how else it can protect your health and give you a new lease on life.
********
“It was previously thought that bacteria only caused problems such as higher inflammation and higher blood glucose. But this is only half of the story. We discovered that a specific component of bacteria actually lowers blood glucose and allows insulin to work better during obesity,” he added.

Schertzer said that understanding how the different parts of bacteria control blood glucose may make way for new therapies that avoid some of the problems with probiotics and prebiotics. “We have found a post-biotic that lowers blood glucose in obesity,” he reported.

The team behind this study highlight that their work is important, as a large number of people around the world are overweight or obese. This is a major risk factor for type 2 diabetes because excess weight causes higher levels of blood glucose and insulin.

“But we haven't understood what triggers elevated blood glucose,” Schertzer said. “This is significant because only some individuals with obesity develop prediabetes. Blood glucose is influenced by our genes, the food we eat, and the bacteria in our gut,” he concluded.