Why you need cholesterol for your brain... 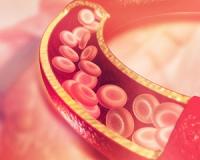 You may have come across reports claiming that cholesterol-lowering statin drugs have shown potential in lowering the risk of Alzheimer's disease.

However, statin drugs can actually cause memory loss as a side effect. Not only that but it's important to understand that cholesterol is not only important to your brain - it IS your brain.

Your brain is made up of 60-70% cholesterol by weight. So reducing your cholesterol levels with statin drugs could do more harm than good.

A study published in the Archives of Neurology demonstrated a strong link between high cholesterol levels and Alzheimer’s disease. This study focused specifically on a mutation occurring in a particular enzyme called CYP46, which is responsible for cholesterol metabolism in the brain.

Another known risk factor for Alzheimer’s disease is mutation of the gene that makes a specific type of lipoprotein that carries cholesterol from the blood into the brain.

This process is thought to accelerate the formation of plaques in the brain and increase the risk of Alzheimer’s. Based on these concepts, researchers hypothesised that lowering cholesterol levels may be the key to preventing the disease.

But how can an organ that’s 70 per cent cholesterol maintain health with extreme cholesterol restriction?

Furthermore, lipid peroxidation and oxidative stress have been implicated in Alzheimer’s disease for years. The oxidising of cholesterol and lipoproteins in the brain could very well be the real problem rather than the ratio of lipoproteins themselves.

While the medical authorities have approved statin drugs as safe and effective, consider that most of the studies were conducted over only a six to 12 month period. But in real life, real problems often develop over a much longer period of time.

Many patients who are on statin drugs don’t develop problems with concentration and memory until they’ve been using them continuously for two to four years.

These problems are even more pronounced if their cholesterol levels fall below 180mg/dl. And, to make matters worse, mental function may be worsened by combining statins with other drugs including selective serotonin reuptake inhibitors for depression.

Cholesterol isn't the demon it's been made out to be - and statins are not the holy grail for heart health. Always read up on any treatments your doctor proposes for you - and where possible treat the problem nutritionally - through diet and supplementation - and lifestyle improvements.
Tags: cholesterol

Why you need cholesterol for your brain...
Rating:
Note: 5 of 2 votes