Two signs to look out for long BEFORE memory loss that could spell Alzheimer's development... 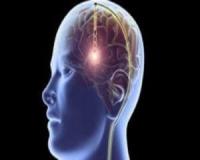 Alzheimer's is the most common form of dementia that affects older people, but it's difficult to accurately diagnose. In fact, doctors can really only say for sure that someone has Alzheimer's after they've died and experts have physically examined the patient's brain.

This is a catch-22 situation because the earlier Alzheimer's is diagnosed, the better it can be managed and even slowed down.

And, that's why what I'm going to share with you today is so important. You no longer have to wait for a definitive sign in memory loss (which is why Alzheimer's is so difficult to diagnose) to know that you may be at risk for this devastating form of dementia in the future... Plus, how to start slowing its progression right now...


Two "symptoms" to look out for that could spell Alzheimer's...

It's common for Alzheimer's patients to have eyesight or hearing problems - or both.

In the past, it was thought that it was because of the loss of sight or hearing, or both, that Alzheimer's developed in people.

It seemed like a logical theory because when you can't see or hear properly, you miss out on what's going on around you - which can affect your cognitive abilities.

But now doctors are realising this may not be in fact what's happening...

Revealed: “Did I REALLY just sleep the whole night through?”

What may really be happening is that these two "signs" are actually two very important "symptoms" of the brain deteriorating.

In other words, your eyesight and hearing could be going because you're developing early Alzheimer's - which then progresses to a late stage in which memory loss is definitively noticeable.

But don't panic if you are losing your eyesight or hearing - there is a way to start protecting your brain today to minimise the effects of Alzheimer's if you are going to be affected by it. Keep reading to find out about it...


This "memory switch" boosts brain power in 60 minutes
Can you imagine being able to feel your memory improve in the time it takes to watch an episode of Isidingo?
Now, neuro-researchers have discovered the secret to making it happen, effortlessly... accurately... and quickly. This memory-boosting power lies within a teeny, tiny nerve cell.
And all you have to do is "switch it on."
That's how easy it can be to help you recall the exact names, dates, places, details, and passcodes you need.
You'll be able to feel the difference in as little as 60 MINUTES.
Discover how to do it right here.


Population health scientists recently discovered that although Alzheimer's is becoming more prevalent, the severity of the disease is becoming less.
This could mean that older people are taking more precautions against this terrible disease - earlier on in their lives.
But, even if you're not considered 'older' yet and your eyes or ears aren't what they used to be - there is something you can do to make sure that you're protecting your brain against the ravages of Alzheimer's.
The answer lies in eating a healthy diet, exercising, and taking a powerful antioxidant to 'clean out' toxins that build up in the brain and other organs and cause diseases, like Alzheimer's.
Some of the best antioxidants are vitamin C, curcumin, astaxanthin, quercetin and gutathione.

You can find these in your health shop - and for your convenience, you can order your Bio-Curcumin here now.

Two signs to look out for long BEFORE memory loss that could spell Alzheimer's development...
Rating:
Note: 5 of 3 votes