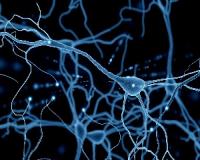 Curcumin - one of the main ingredients in curry, is extracted from turmeric - a deep yellow spice. It's proving to have numerous beneficial health effects, including
protecting against Alzheimer's disease.

In fact, in India, where turmeric is used regularly in dishes, the rates of Alzheimer's
disease are much lower than in Western countries.

Scientists have found that because of its low molecular weight and polar structure, curcumin can penetrate the blood-brain barrier more easily than many other potential Alzheimer's treatments.

This is a great thing because it can deliver protection from Alzheimer's directly to the brain...


Curcumin is the most promising treatment for Alzheimer's disease yet..

Alzheimer's Disease degrades the nerve cells in the brain through a process involving: inflammation, oxidative damage, the formation of beta-amyloid plaques and metal toxicity.

In a major meta-analysis of several studies on curcumin, the authors concluded that curcumin plays a major role in fighting Alzheimer's in SEVEN different ways:

Powers up the macrophages: One of the most visible symptoms of Alzheimer's Disease is the Beta-Amyloid plaques that develop in the brain. A study conducted at UCLA found that curcumin helps the macrophages (specialised immune cells) to clear the amyloid plaques.

A powerful antioxidant: Curcumin is a proven and strong antioxidant which inhibits free radicals that cause the deterioration of neurons, not only in Alzheimer's but also in other neuron degenerative disorders such as Huntington's and Parkinson's disease.

Studies show it helps improve focus, alertness, and mental clarity…starting the very first time you use it.

Plus, it could give you nearly perfect word recall.

In one study, this easy “Lemon” Trick even helped people ace a math test! And it didn’t even matter if they hated math!

It takes just seconds to do…but you can get results within ONE HOUR.

Clears amyloid plaques: In a study, the levels of beta-amyloid in mice with Alzheimer's that were given low doses of curcumin decreased by about 40% in comparison to those not treated with curcumin. Low doses of curcumin also caused a 43% decrease in what scientists call “plaque burden” (the effects of the plaques). It was interesting to note that low doses of curcumin, given over a longer period of time, were actually more effective than high doses when it came to combating the neurodegenerative process of Alzheimer's.

Prevents damage from heavy metals: Studies showed that metals can induce A-beta aggregation and toxicity and are concentrated on Alzheimer's brain. Curcumin, by interaction with heavy metals such as cadmium and lead, prevents neurotoxicity caused by these metals.

To find out more about what curcumin can do for you besides fight Alzheimer's, click here...