The revolutionary form of vitamin B12 that can revive your brain... 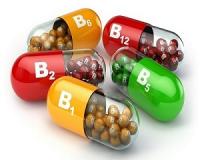 Scientists have found that Alzheimer's patients are often deficient in vitamin B12. A major problem has always been that our livers can only convert 1% of dietary vitamin B12 into the physiologically active form of methylcobalamin.

And, until recently, this poor absorption extended to vitamin B12 dietary supplements too. Now, this problem appears to have finally been solved, with the arrival of a fairly new oral form of vitamin B12 - a product called methylcobalamin.

The unique advantage of this new formulation of methylcobalamin is that it’s sublingual (the pill is placed under your tongue where it dissolves), and is absorbed directly into your bloodstream to be assimilated by your brain.

Few drugs have ever been shown to regenerate nerves in humans, but methylcobalamin actually promotes nerve regeneration. This is due to its ability to facilitate a process called methylation – responsible for creating and sustaining nerve cells and lowering high homocysteine levels.

Another major contributing cause of brain cell death and ageing occurs with glutamate (a stimulatory amino acid transmitter) toxicity. When levels of this ordinarily helpful neurotransmitter are released in excess, massive cell loss results. In an animal study reported on in the European Journal of Pharmacology, methylcobalamin was shown to protect against this type of brain damage by regulating glutamate levels.

Studies have shown that Alzheimer’s patients who were given methylcobalmin experienced improvements in memory, emotions and their ability to communicate. This may be due, in part, to methylcobalamin’s role in the production of certain brain transmitters like serotonin and dopamine – responsible for regulating your emotions and response to stress.

The recommended dosage of methylcobalamin is between 1.5mg and 6mg taken sublingually each day.

Methylcobalamin has no known side effects or contraindications.

Tags: the revolutionary form of vitamin b12 that can revive your brain...

The revolutionary form of vitamin B12 that can revive your brain...
Rating:
Note: 4.5 of 2 votes