Ask an Expert
Share your experience
Tags: the five stages of alzheimer's...

The five stages of Alzheimer's... 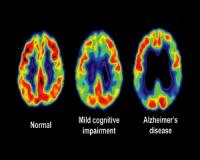 Despite the severity of the symptoms many people associate with Alzheimer's, within the first few years, there are virtually no tangible symptoms at all.

Because of this, both patients and their loved ones experience a great level of frustration as symptoms suddenly start to develop and intensify.

Worse, the possibilities of preventative treatment diminish with every new stage the patient enters creates a great deal of anxiety.

That's why it's important to know about the five stages of Alzheimer's and the symptoms associated with each stage so you're aware of what to expect in each stage.

The first stage of the disease is the preclinical stage. During this stage, there’s no obvious sign that the person has Alzheimer’s. This stage can last up to 10 years!

In the mild cognitive impairment stage, there’s evidence of change in the persons mental ability. Old age usually gets the blame as changes are still mild.

In the mild dementia stage, you’ll notice changes in personality, difficulty remembering the past, disorientation and some difficulty performing easy tasks.
As mental ability deteriorates, it becomes more noticeable and this is when many people begin to seek medical attention.

There’s even greater memory loss in the stage of moderate dementia. And there’s increased risk of the patient wandering off and becoming lost. The patient needs more help with daily tasks and personality change is more significant.

The final stage is where severe dementia sets in. The patient can’t communicate effectively anymore, they need help with all of their daily functions and they lose their mobility. Patients can survive for many years following the development of Alzheimer’s.

Learn as much as you can about Alzheimer’s and consciously do what you can to help prevent it – or slow its progression – as early as possible.