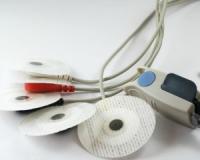 It's something you'd never guess, but a new study by researchers at the Johns Hopkins University in Baltimore in the USA have found that heart disease is a risk factor for dementia.

According to the study, middle-aged men and women who are at risk for heart disease also face a higher chance of dementia later in life.

The researchers reported that risk factors, including diabetes, high blood pressure and smoking may increase odds of dementia almost as much as carrying the gene that boosts risk of Alzheimer's disease.

“Most of these risk factors are treatable or preventable. And it's important to treat these vascular circulatory system risk factors starting at least in middle age, if not earlier,” said Dr Rebecca Gottesman, an associate professor at the university. Keep reading for the full scoop.

Diabetes, high blood pressure and smoking are three major contributors to not only stroke and heart disease risk, but also dementia risk, the researchers noted. Therefore, they advise that people know their blood pressure so that they can treat it if it’s high.
If you’re diagnosed with diabetes, make sure you control your condition and treat it accordingly. And if you smoke, stop immediately! This habit also puts you at increased risk of a number of cancers, including lung, oesophagus, larynx, mouth, throat, kidney, bladder, liver, pancreas, stomach, cervix, colon, rectum as well as acute myeloid leukemia.
Gottesman admitted that there’s no guarantee that controlling heart risk factors will prevent dementia, but it’s very likely that they will.

To reach their findings, Gottesman and her team analysed data on more than 15,700 men and women who were part of a study that started in 1987 in four communities around the USA.
The risk for dementia rose as expected over the course of the study. However, the team was surprised to find that people who had a risk for heart disease at the beginning of the study (between ages 45 and 64) were at higher risk for dementia.
During the course of the study, over 1,500 people developed dementia, the team noted. They found that dementia risk was a whopping 77% higher in people with diabetes. Furthermore, they noted that middle-aged smokers were at 41% higher risk, those with high blood pressure (140/90 mm Hg or higher) were at 39% higher risk and those with borderline high blood pressure (between 120/80 mm Hg and 139/89 mm Hg) were at 31% higher risk.
The effects of black and white people differed, the team noted – for example, carrying the gene known to elevate Alzheimer’s disease risk had a greater impact on whites.
Dr Sam Gandy, director of the Center for Cognitive Health at Mount Sinai Hospital in New York City also in the USA, commented that it makes perfect sense that conditions that affect blood circulation will negatively affect the brain and increase dementia risk.
Health problems such as poorly controlled diabetes, high cholesterol, high blood pressure and obesity in midlife may heighten risk for dementia later on, he said.
“These findings fit well with the notion that Alzheimer’s is related to midlife risks that set you up for late-life brain degeneration,” Dr Gandy said.
Tags: dementia, dementia risk, heart disease, heart disease risk, heart risk factors, diabetes, high blood pressure, smoking, dementia and heart disease, dementia news

Study finds that middle-aged people who are at risk for heart disease also face a higher chance of dementia later in life
Rating:
Note: 5 of 1 vote