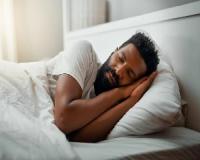 One of these toxins is known amyloid-beta, which forms plaque in the brain - and is associated with Alzheimer's disease in many studies.

And now, more recent research has shown that supplementing with melatonin, the sleep hormone, improves symptoms of dementia.

In the study, English researchers gave patients with mild to moderate Alzheimer's 2mg of melatonin, or a placebo after dinner.

At the end of 24 weeks, the group taking the melatonin did significantly better in cognitive performance tests. It also improved the patients' quality of sleep.

But there's something you should know about taking melatonin supplements. Keep reading to find out what it is...

Long-term use of melatonin supplements may not be the solution

If you choose to take a melatonin supplement, you will need your doctor to write out a precscription for you. It's a scheduled medicine.

And, there's good reason for this...

When you start taking this supplement, your body makes less of it on its own - which means you become completely reliant on it to get any sleep at all.

So the healthier route could be to help your body make more melatonin on its own, which will give you a good night's rest, and clear your brain of toxins - improving your mental function, and prevent decline...

You can eat foods that help your body make more melatonin. These include bananas, pineapple, cherry juice, walnuts, almonds and oranges.