Post-Traumatic Stress Disorder increases your risk of Alzheimer's by over 60%! 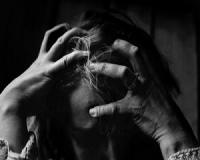 An accident... A crime... Abuse... Bereavement... These can all lead to Post-Traumatic Stress Disorder.

Nearly everyone will experience some trauma sometime in their lives but most people will recover after the initial symptoms.

Unfortunately, one in 11 people will experience Post-Traumatic Stress Syndrome (PTSD). It describes a sense of fear or stress that persists over an extended period of time - even when they're no longer in danger.

Now, researchers found that not treating PTSD could have a lot more serious consequences - it could increase your chances of Alzheimer's by over 60%!

In a stuy published in the British Journal of Psychiatry, researchers looked at the data from 13 studies across four continents.

The data was gathered from the general public, war veterans and refugees.

They found that people who suffer from PTSD are 61% more likely to get Alzheimer's than those who don't.

If you find yourself reliving a traumatic event, if you have recurring nightmares or prolonged emotional distress, you need to get help - not just for your peace of mind, but to protect your brain from being damaged.

And one natural supplement could help you with this.

Find out what it is below...

A study, published in Evidence-Based Complementary and Alternative Medicine, found that curcumin can help lower elevated cortisol levels associated with PTSD as effectively as a commonly prescribed antidepressant.

Find out here about Dr Golding's exclusive webinar on How to Prevent and even REVERSE Alzheimer's...

Tags: post-traumatic stress disorder increases your risk of alzheimer's by over 60%!

Post-Traumatic Stress Disorder increases your risk of Alzheimer's by over 60%!
Rating:
Note: 5 of 1 vote