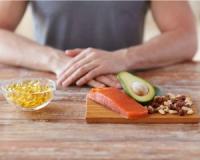 Sources of heart-healthy omega-3 fatty acids, such as fatty fish and fish oil, have been found to boost the effectiveness of B-vitamin supplements in fighting off age-related cognitive decline, new research by the University of Oxford has shown.

According to the study, published in the Journal of Alzheimer's disease, the two natural sources of brain-enhancing agents amount to a one-two punch against mental decline in older people with memory problems. Read on for the full scoop.

To reach their findings, the researchers looked at more than 250 people with mild cognitive impairment (MCI), a precursor to Alzheimer’s disease in which brain function is below what’s normally expected for a person’s age but isn’t significant enough to interfere with everyday life.

The researchers gave the participants tests to measure their memories and cognition, as well as blood tests of two omega-3 fatty acids commonly found in oily fish, namely docosahexaenoic acid (DHA) and eicosapentaenoic acid (EPA). They then split the participants into two groups – one received a B-vitamin supplement and the other received an inactive placebo pill every day for two years.

After the two-year period, the researchers found that the participants in the B-vitamin group scored better on memory and cognition tests. Researcher Dr Abderrahim Oulhaj explained: “We found that for people with low levels of omega-3, the vitamin supplements had little to no effect. But for those with high baseline omega-3 levels, the B vitamins were very effective in preventing cognitive decline compared to the placebo.”

Dr Oulhaj added: “This result complements our previous finding that B vitamin slow the rate of brain atrophy in MCI only in those with good omega-3 levels to start with.”


Can combining omega-3 fatty acids with B vitamins slow the conversion from MCI to Alzheimer’s disease, too?

The researchers aren’t sure, but that’s what they plan to study next. Co-researcher David Smith said: “The next stage will be to see whether providing a combination of B vitamins and omega-3 supplements can slow the conversion from MCI to Alzheimer's disease.” Smith concluded that this would be an important step in the prevention of Alzheimer’s disease.