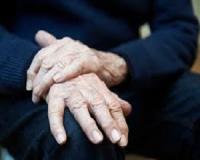 We all know that smoking is bad for you. But, did you know nicotine actually helps prevent and slow the development of Parkinson's Disease?

Several studies have shown that nicotine could be beneficial for those with Parkinson's, and the good news is you don't have to light a cigarette to get these benefits, you can eat nicotine foods.

Parkinson's disease is a movement disorder. Sufferers tremble uncontrollably and experience stiffness in the limbs, have trouble balancing and move slowly. This is caused by a loss of brain cells that produce dopamine.

It's estimated that over 10 million people are affected by Parkinson's disease.

There is no cure for it but a surprising chemical - nicotine - has been shown to help slow its progression - and help prevent it.

And probably even more surprising is the fact that some vegetables contain nicotine so you don't have to light up!

Vegetables from the Solanaceae family - better known as the nightshade family - contain nicotine. They include:

Plus cauliflower which doesn't fall into this family.

But there's one more thing you should know - keep reading...

Some people have a negative reaction to these foods - they cause joint pain. If you think you may have a food sensitivity to the nightshade family of vegetables, cut them out of your diet for three weeks completely, and then re-introduce them after three weeks.

If you experience a spike in joint pain when you re-introduce them, your suspicion will be confirmed and you will need to steer clear of them to avoid hiking your joint pain.

It is possible that your food sensitivity could go away after a while, so try re-introducing these foods after six months to a year.