Mentally tired and forgetful? You could be low in this one nutrient... 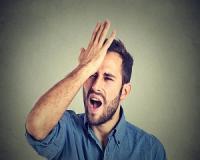 It's been proven that vegetables and fruit don't contain the nutrient vaues they used to 50 years ago due to poorer soil quality...

But there's one nutrient that you've probably reduced in your diet thanks to bad press (misinformation really) which could be the reason you're mentally tired and forgetful.


A choline deficiency is not only more common than we think, it could be making you forgetful...

A recent study, published in the Journal of the American College of Nutrition, found that nine out of 10 people are deficient in choline.

Choline is important for forming cell membranes and enabling neurons in the brain to transmit messages one to another.

The body doesn't make enough choline on its own, so you need to get it from food. It's found in meat, eggs and vegetables like cauliflower, broccoli and Brussels sprouts.

Revealed: “Did I REALLY just sleep the whole night through?”

Now - if vegetables don't contain as many nutrients as they used to, and you're avoiding eggs because you think they're bad for your cholesterol - then you may not be getting enough choline...

But do you really need to avoid eggs?

Keep reading to find out...

Studies have shown that if you eat two eggs per day and you don't scramble the eggs - they don't cause raised cholesterol.

When you brak up the egg to scramble it - the oxidation of the yolk is what makes the egg unhealthy.

So don't stop eating eggs - they're good for your brain - and do include criferous vegetables in your diet.

And, if you're deficient in choline, you can also take a supplement formula containing choline to help build up your reserves.

Tags: mentally tired and forgetful? you could be low in this one nutrient...

Mentally tired and forgetful? You could be low in this one nutrient...
Rating:
Note: 5 of 1 vote