Ask an Expert
Share your experience
Tags: get double-action protection against mental decline with these 2 natural herbs...

Get double-action protection against mental decline with these 2 natural herbs... 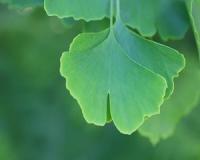 Can't remember where you put the car keys? Having trouble absorbing new information - even if it's as simple as a phone number or an appointment? Can't remember if you've already told that story before?

Symptoms of mental decline - which include trouble concentrating, a tendency to forget things, prolonged depression, and difficulty recalling newly learned information - start as early as age 50… and become more pronounced and noticeable within 10 to 15 years.

As frightening, embarrassing, and frustrating as these symptoms are, there is hope for those who feel their mind is 'slipping away from them'.

Find out below which two natural herbs can offer you double action against mental decline...

Ginkgo not only frees up blood flow to the brain, but it also protects your delicate brain cells from free radical damage.

Both herbs are well-established in the alternative medicine community as treatments
for depression and all-round mental fog.

In Europe, ginkgo biloba is routinely prescribed in a standardised, concentrated form to help the elderly reverse many conditions related to problems of circulation, such as tinnitus (ringing in the ears), confusion, dizziness, headaches, and memory loss.

A major reason behind mental decline

Up to 90% of people develop lesions in their white matter in their senior year.

Until recently, scientists thought this was just due to the natural process of getting older. But then the researchers from Krembil Neuroscience Centre ran a study that observed the brains of five people between the ages of 57 and 79 who already had lesions in their white matter.

Weekly, for 16 weeks, the researchers took MRI scans of each of the participants’ brains.

What they discovered was shocking...

By taking MRI scans weekly and not just at the beginning and at the end of the study, the researchers were able to observe possibly the biggest cause of memory loss, reduced processing speed and loss in the ability to reason in older people.

Find out what it is here...

Get double-action protection against mental decline with these 2 natural herbs...
Rating:
Note: 4.5 of 8 votes