Eight causes of mental health problems that are often overlooked 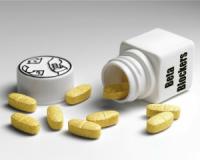 When it comes to mental health problems like depression and anxiety, the chances of successful treatment are slim. Statistics reveal that up to 40% of depression patients don't respond to treatment, while just over 50% report only a partial response to therapy.

These dismal figures make us ask ourselves, “Could it be that we're thinking about - and therefore treating - mental health problems in the wrong way?” A growing body of research says yes. This research suggests that mental health problems like depression and anxiety might not be mental disorders in and of themselves, but rather symptoms of inflammation stemming from the brain.

#1: Sleep apnea
A 2003 study found that one in five people with depression also suffer from a breathing-related sleep disorder like sleep apnea, which is a result of the brain forgetting to tell the body to breathe.

#5: Beta-blockers
Beta-blockers, a type of medication used to treat high blood pressure, are known to cause depression. Other medications, such as birth control pills, acne-fighting Accutane and statins also list depression as a potential side effect.

#6: Coffee
Sorry, coffee lovers – a couple of studies have found a link between coffee consumption and increased risk of depression and anxiety!

#8: Lyme disease
In 1994, the link between Lyme disease and neuropsychiatric disease was first established. Since then, the connection has become overlooked.