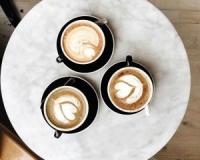 Do you want to prevent dementia? Do you love coffee?

Well, then, you'll be pleased to know that a new study published in the journal Scientific Reports has found that caffeine is one of 24 compounds that have potential to boost an enzyme that can help protect you against dementia.

Yes, it's true - indulging in your beloved cuppa may have neuro-protective effects! Keep reading to learn more.

The researchers behind this study performed on mice are from Indiana University in the USA. To reach their findings, they screened more than 1,280 compounds. In total, they identified 24 compounds that stimulate the production of a neuro-protective enzyme known as NMNAT2 in the mice.

The researchers found that caffeine was one of the 24 compounds that boosts an enzyme known as NMNAT2, which acts as a guard against the build-up of brain plaque that accumulates as you age as well as neuron damage caused by stress.

They concluded that the mice who received caffeine began to produce NMNAT2 at levels identical to those of normal mice.

“This work could help advance efforts to develop drugs that increase levels of this enzyme in the brain, creating a chemical ‘blockade’ against the debilitating effects of neurodegenerative disorders,” commented Hui-Chen Lu, a professor in the Linda and Jack Gill Center for Biomolecular Science, and the Department of Psychological and Brain Sciences.

“Increasing our knowledge about the pathways in the brain that appear to naturally cause the decline of this necessary protein is equally as important as identifying compounds that could play a role in future treatment of these debilitating mental disorders,” added Lu.
Tags: dementia, dementia prevention, tips to prevent dementia, caffeine, health benefits of caffeine, brain health, brain health tips