Beware! Too much sitting can lead to mental decline and dementia 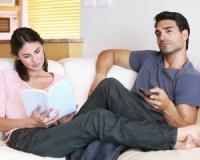 In fact, too much sitting could even lead to mental decline and dementia, according to a new study published in the journal PLOS One.

The new study found that too much sitting was tied to an unhealthy ‘thinning' of tissue in a key brain area associated with memory. Read on for more.

The study team was led by Prabha Siddarth, a biostatistician at the University of California, Los Angeles’ Semel Institute of Neuroscience and Human Behavior. To reach their findings, the team asked 35 people between ages 45 and 75 about their physical activity levels and the average amount of time they spent sitting each day during the previous week. Each participant also underwent a scan of their medial temporal lobe.

The team found that participants who spent a lot of time sitting were more likely to have thinning in the medical temporal lobe brain region. This even included participants who had relatively high levels of physical activity when they weren’t sitting.

“We found that sedentary behaviour, but not levels of physical activity, was associated with less thickness of the medial temporal lobe,” said Siddarth.

This particularly applies to middle-aged and older adults. Therefore, it’s plausible that reducing the amount of time spent sitting could be a way to boost your brain – especially if you’re at risk for Alzheimer’s disease and other types of dementia, the team suggested.

Furthermore, previous research has suggested that too much sitting increases your risk of heart disease, diabetes and premature death, the team noted.

Beware! Too much sitting can lead to mental decline and dementia
Rating:
Note: 5 of 1 vote