Are your dementia symptoms due to your high blood pressure? 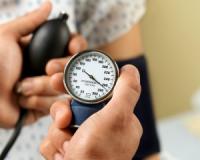 If you're experiencing dementia symptoms, such as memory loss, declining motor function, disorientation and behavioural changes, you might just put it down to the fact that you're getting old.

Read on to learn more about this interesting link...

To reach these findings, the researchers behind the study outlined the probe of 7,238 people who were part of the Kaiser Permanente Northern California healthcare system. They noted that all of these people had high blood pressure checks and other tests between 1964 and 1973 when they were an average of 33, then again when they were an average of 44.

The researchers reported that they identified 5,646 people who were still alive and part of the Kaiser Permanente system in 1996. They followed these people for an average of 15 years to see how many developed dementia signs. In the end, they determined that 532 people were diagnosed with some type of dementia.

*** Weird “Lemon” Trick supercharges your memory in 1 HOUR This “Lemon” Trick just might be the most powerful memory booster I’ve ever seen… Studies show it helps improve focus, alertness, and mental clarity…starting the very first time you use it. Plus, it could give you nearly perfect word recall. In one study, this easy “Lemon” Trick even helped people ace a math test! And it didn’t even matter if they hated math! It takes just seconds to do…but you can get results within ONE HOUR. See how it works right here. ***

Interestingly, the researchers found that women who developed high blood pressure in their 40s were a whopping 73% more likely to develop dementia signs and be diagnosed with the disease than women who had normal, stable blood pressure throughout their 30s and 40s.

They published these findings in the journal Neurology.

Rachael A Whitmer of Kaiser Permanente Division of Research in Oakland, California in the United States, explained that even though high blood pressure was much more common in men, the researchers found no link between them having high blood pressure in their 30s and 40s and an increased risk of dementia.

That being said, Whitmer said further research is needed to identify the possible sex-specific pathway through which elevated blood pressure contributes to the development of dementia signs and brain ageing.

Are your dementia symptoms due to your high blood pressure?
Rating:
Note: 5 of 1 vote