A breakthrough in the prevention of Parkinson's... 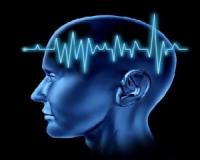 According to research, eating foods rich in vitamin E - such as avocados, olives, and nuts - could lower your risk of developing Parkinson's disease.

This news comes from an analysis of past studies examining the role dietary antioxidants play in lowering Parkinson's disease risk.

Although the cause of Parkinson’s disease remains elusive, highly reactive free radicals appear to play an important part in the nerve damage that occurs in people with this disease.

Antioxidants – like vitamin E – are nutrients that prevent free radicals from injuring cells.

Researchers at Royal Victoria Hospital in Montreal reviewed studies published from 1966 to March 2007 that focused on the possible link between Parkinson’s disease and the consumption of the antioxidants vitamin C, vitamin E, and beta-carotene.

They found that eating a diet rich in vitamin E could lower your risk of developing Parkinson’s disease, by as much as 19%.

One avo a day keeps the brain sharp!

In another study out of Tufts University, researchers found that eating one avocado a day significantly increases levels of a nutrient in the brain that helps keep you mentally sharp.

It's called lutein and it protects against cognitive decline. And, avocados are one of the foods richest in lutein.

The participants' memory improved significantly, and their problem-solving abilities also improved, after eating one avocado a day for six months.

So, spread avo on your toast, add it to salads, eat it as a snack, or even use it to make delicious puddings! All it takes is one avo a day to make a significant difference.

A breakthrough in the prevention of Parkinson's...
Rating:
Note: 3 of 2 votes