Your morning cup of coffee can protect you from certain types of cancer… as long as it's not scalding hot! 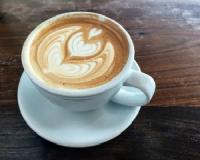 If you're anything like me, you can't start your day without the magical elixir that is coffee…

Not only does coffee keep you buzzing and motivated for the most part of the day, it also revs up your metabolism, improves your brain function, enhances your athletic performance, boosts far burn, lowers your risk of type 2 diabetes, Alzheimer's disease, Parkinson's disease and liver disease, and generally decreases your risk of death.

Whoa… Who would've guessed that your beloved cup of java had so many health benefits? And it doesn't end there - after decades of researching pointing to coffee's numerous health benefits, a panel of experts convened by the World Health Organization recently concluded that drinking coffee on the regular may even protect you from certain types of cancer!

In 1991, the World Health Organization announced that coffee is “possibly carcinogenic”, linking it to bladder cancer. But this no longer holds true. You can breathe a sigh of relief, fellow coffee addicts…

According to new research, the best part of waking up can still be what’s in your cup. Well, as long as it isn’t too hot…

Scientists linked drinking tea and yerba mate above 65 degrees Celcius to oesophageal cancer (cancer arising from the oesophagus) in several studies. Christopher Wild, director of the organisation’s International Agency for Research on Cancer (IARC), reported that these findings suggest that drinking very hot beverages is one probable cause of oesophageal cancer and that it’s the temperature rather than the drinks themselves that appear to be responsible.

The IARC assembled a team consisting of 23 scientists who looked at over 1,000 studies and found no proof that coffee causes cancer. However, what they did find is that coffee is actually protective against some cancers, such as liver and uterine cancers, provided it isn’t served scalding hot.

The scientists weren’t able to conclude a reason for this. However, they think that it may be the high antioxidant content in coffee that gives the drink it’s super anti-cancer and anti-inflammatory powers.

Other studies have linked drinking decaffeinated coffee to lower risk of chronic illnesses like the ones I listed earlier, suggesting that caffeine might not be behind all of coffee’s health benefits.

Admit it, though – you don’t really care about the mechanism behind your coffee’s powers. You’re probably just looking for a good excuse to pour yourself a third (or fourth) cuppa today – and now you can have it. Just be sure to let it cool off first!
Tags: coffee, cancer, cancer news, cancer prevention, liver cancer, uterine cancer, caffeine, antioxidants, coffee cancer prevention

Your morning cup of coffee can protect you from certain types of cancer… as long as it's not scalding hot!
Rating:
Note: 5 of 1 vote