You're buying prostate cancer in canned foods and plastic bottles! 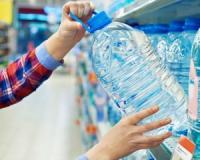 BPA, short for bisphenol A, is found in so many things that we come into contact with on a daily basis. Think cash register receipts, canned foods and drinks, water bottles and the list goes on.

In fact, recent research from the University of Illinois at Chicago in the United States shows that regular BPA exposure could add up prostate cancer in men! Keep reading for the full findings.

The study, published online in the journal Endocrinology, shows that even small doses of BPA can speed up the development of prostate problems, setting the prostate up for precancerous prostate epithelial neoplasia and prostate cancer.

For the study, scientists used human stem cells from an organ donor to grow human prostate tissue. This allowed the tissue to mature to a prostate-specific antigen-producing state. The scientists then transplanted the tissue into host mice.

They found that the human prostate tissue exposed to low-dose BPA – equivalent to amount that the average South Africa is exposed to every day – during crucial developmental phase significantly increased the risk of human issue to develop prostate cancer later on.

“Exposure to BPA during early development appears to predispose the human prostate tissue to neoplasia and cancer with ageing,” said study author Gail S Prins, PhD, professor of urology and physiology at the University of Illinois at Chicago.

Dr Prins explained that BPA is so problematic in the human body because it acts like a synthetic form of oestrogen. “The prostate gland, as a reproductive organ in the male, is a direct target for oestrogen action,” she said. “Oestrogens can drive prostate diseases including prostate cancer. These facts have been known for decades.”

In other words, BPA exposure increases sensitivity to rising oestrogen levels down the line, which occurs in ageing men. The harmful effects of BPA don’t stop there though – there’s clear evidence that as prostate cancer cells mutate, BPA can directly stimulate them, which boosts their spread and growth.