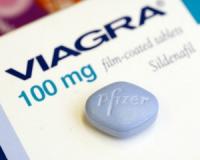 Last year, the US Food and Drug Administration placed Viagra, otherwise known as the little blue pill, and other erectile dysfunction drugs collectively known as phosphodiesterase type 5 (PDE5) inhibitors on its watch list of medications with safety issues.

This action followed a 2014 study published in the Journal of the American Medical Association (JAMA) that found a relationship between Viagra use and increased risk of melanoma - a deadly form of skin cancer.

However, a new study led by investigators at New York University (NYU) Langone Medical Center and its Perlmutter Cancer Center has confirmed that the erectile dysfunction drug doesn't cause melanoma. That said, you should still steer clear of taking Viagra as it poses other serious health risks!

For more on this study published in the Journal of the National Cancer Institute and the health risks associated with taking Viagra, keep reading.

The study was led by urologist Stacy Loeb, MD, MSc, an assistant professor at NYU Langone. In 2015, Loeb’s team published a detailed analysis in JAMA of the medical records of 20,000 men in Sweden that found no relationship between the use of Viagra or similar drugs and increased risk of melanoma.

In their new study, Loeb’s team analysed data from five large-scale studies of erectile dysfunction drug users and melanoma. The studies were published between 2014 and 2016 and included a total of 866,049 men – 47,874 of whom had melanoma.

Overall, the team found an 11% increase in melanoma risk among men who used PDE5 inhibitors. However, they said that if a cause-and-effect existed, higher use of erectile dysfunction drugs would be tied to higher risk of developing the deadly cancer. Instead, they found the opposite: When who used small amounts of these drugs were at higher risk of melanoma, while men who took larger amounts had no significant increase in melanoma risk.


Researchers conclude that Viagra and other PDE5 inhibitors are safe

Loeb’s team reasoned that if erectile dysfunction drugs caused melanoma, they would’ve seen more aggressive disease in men who take the drugs, but this wasn’t the case.

“Overall, Viagra and other PDE5 inhibitors are safe medications as long as men are not taking nitrates,” said Loeb. “Physicians and patients should not be concerned about taking these medications on account of worry about melanoma.”

“Physicians should still screen for melanoma risk, but they do not need to add the use of Viagra and similar drugs to the list of screening criteria specifically. In general, men should continue to be careful about the risk of any kind of skin cancer from excessive sun exposure and use sun protection,” she concluded.

Just because Viagra may not cause melanoma doesn't mean it's safe. In fact, the little blue pill is associated with a host of serious side effects and health risks. These include dizziness, headache, flu, upset stomach, memory loss, tinnitus, back pain and vision changes such as increased sensitivity to light or trouble telling blue and green colours apart.

Viagra may be clear for melanoma but it has a long list of unpleasant side effects
Rating:
Note: 5 of 1 vote