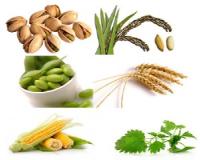 Beta-sitosterol is a natural fat in plants, and it's proving to be an effective preventative and treatment for Benign-Prostatic-Hyperplasia (BPH) and prostate cancer.

Keep reading to find out how they could finally help you sleep through the night and help protect you from cancer...


Powerful support for your immune system...

An important property of beta-sitosterol is its ability to boost an underperforming immune system. Beta-sitosterol activates the body’s T-cells to fight 'invasions'. T-cells control the immune system’s response to infection and the development of abnormal cells like cancer.

In another study, when 100 men with BPH took betasitosterol for 12 weeks, 90% of them reported an improvement in their condition, by an average of 44%.

Other studies show that beta-sitosterol works by blocking the conversion of testosterone into DHT – the hormone that encourages the growth of the prostate gland.

And, in the new study, the Israeli team found that mice given beta-sitosterol were less anxious than others.

Some men have been taking 4, 5 even 6 pills to protect their prostates...

Just two pills in the palm of your hand and you're set for prostate health!

Most men make do and just hope that their prostate concerns will pass them by. But it's unlikely to get better unless you do something about it...

But there is no need to stay up at night worrying about it anymore...

•    Keep peeing a POWERFUL stream...
•    Drain your bladder completely...
•    And sleep through the night so you feel refreshed when morning comes...

Where to get beta-sitosterol

Look for butter that states it's fortified with plant sterols when you go shopping again. Soybean, peanut and avocado oil are also good sources.

You can also take a prostate supplement formula containing beta-sitosterol along with other essential nutrients for the prostate, including saw palmetto and nettle root extract.