This molecule can stop colorectal cancer from progressing... 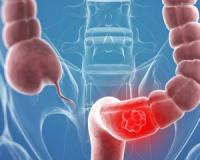 Researchers from the University of Miami Miller School of Medicine in the United States have discovered a molecule that's capable of controlling colorectal cancer progression in human tumour xenografts and several cell lines.

These breakthrough findings bring new hope for colorectal cancer patients around the world. Read on for the full story.

In their study, which they published in the journal Science Signaling, the researchers wrote that SSTC3 modulates the WNT pathway – a group of signal transduction pathways made of proteins that pass signals into a cell through cell surface receptors – but doesn’t show the on-target toxicity that’s usually associated with WNT inhibitors.

“There’s always been a need for WNT inhibitors and people have been trying for years,” said David J Robbins, senior author of the study and a professor of surgery, biochemistry and molecular biology at the University of Miami Miller School of Medicine.

“The biggest surprise was that we could get such great efficacy with such minimal on-target toxicity. People had argued the WNT pathway was undruggable,” he added.


Most WNT drugs in the pipeline won’t be effective against colorectal cancer...

Robbins noted that up to 90% of the tumours are triggered by WNT pathway mutations, but there aren’t any approved WNT inhibitors. Furthermore, most WNT drugs wouldn’t effectively treat colorectal cancer.

Robbins and his team said they had to find a way around the problem by identifying the agents that trigger WNT signalling in colorectal cancer, but also leave the pathway somewhat untouched in normal intestinal cells. They concluded that the answer potentially lies in the SSTC3 target itself, CK1α, which is a negative regulator of WNT pathway activity.

Past studies have found that a drug used to treat pinworm back in the 1960s, called pyrvinium, an effective CK1α activator. This drug, however, won’t work in patients with colorectal cancer.
Tags: colorectal cancer

This molecule can stop colorectal cancer from progressing...
Rating:
Note: 5 of 1 vote