There are breast cancer benefits tied to high cholesterol 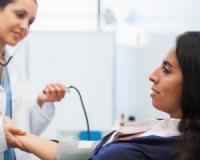 The link between high cholesterol and breast cancer is a topic that's been fascinating researchers for years. Dr Rahul Potluri, senior author and founder of the ACALM (Algorithm for Comorbidities, Associations, Length of Stay and Mortality) Study Unit at Aston Medical School in the United Kingdom, says these findings are “the most conclusive and direct evidence as yet” to confirm this link.

Dr Potluri explained that previously, he and his team found an association between having high cholesterol and developing breast cancer, so they designed this study to follow up people longitudinally and address the link more robustly.

“Showing that patients with high cholesterol have a lower risk of developing breast cancer and subsequent mortality in a longitudinal study like this provides the strongest evidence for a protective effect, which is likely related to statins,” he added.

To reach these new findings, Dr Paul Carter, lead author of the study, and his team followed women aged 40 or more with, and without, a diagnosis of high cholesterol. They compared the development of breast cancer and subsequent mortality rates in the two groups.

Women who were admitted to hospital between 1 January 2000 and 31 March 2013 were recruited from the ACALM clinical database. The team followed them until 2013 for a new diagnosis of breast cancer and subsequent mortality obtained from the Office for National Statistics. They performed analyses to adjust for demographic and clinical characteristics between the two groups.

“Our research confirms that women with a diagnosis of high cholesterol have strikingly lower rates of breast cancer with improved death rates and survival,” concluded Dr Carter.
Tags: breast cancer

There are breast cancer benefits tied to high cholesterol
Rating:
Note: 5 of 1 vote