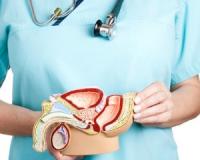 Scientists from Cleveland Clinic in Ohio in the United States have announced that they have taken steps towards improving therapies for aggressive, treatment-resistant prostate cancer.

They said that for the first time ever, they've shown how the body processes a class of advanced prostate cancer drugs plus how their anti-tumour activity might change depending on how the body metabolises them. Read on for the full story on these breakthrough findings...

The pre-clinical findings, published in the journal Cell Chemical Biology, show that next-generation anti-androgens are powerful prostate cancer drugs that work by cutting off the prostate tumour’s supply of male hormones, which feed prostate cancer.

While these drugs have been shown to improve chances of survival in men with metastatic disease, the scientists said that new prostate cancer therapies are still needed.

“Despite an array of improved treatment options that have become available over the past decade, prostate cancer remains the second leading cause of cancer mortality in men in the United States,” Nima Sharifi, lead author of the study, said.

“There are few therapeutic options for men whose cancer has become resistant to all therapies. Our goal is to improve the use and role of these existing drugs and hopefully design new therapies that work better and longer,” Sharifi added.

According to the scientists, effective steroidal anti-androgens share common metabolic activities and their metabolites should be very closely examined for effects on tumour survival.

The scientists concluded that although their findings are pre-clinical, they could help guide medical decision-making in the use of steroidal and non-steroidal drugs for advance prostate cancer, not to mention pave a new route for the development of prostate cancer drugs.
Tags: prostate cancer