The health benefits of the pill go beyond regulating periods, decreasing menstrual cramps and preventing acne - it may even help prevent cancer 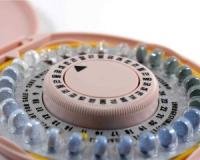 Women go on the birth control pill for many different reasons - to prevent pregnancy, regulate their periods, decrease menstrual cramps and prevent acne, to name a few.

And the benefits don't stop there, according to a new study published in the American Journal of Obstetrics & Gynecology. Researchers behind this study found that the pill may even help prevent cancer for at least 30 years! Read on for more.

Lead study author Lisa Iverson, PhD, a research fellow in epidemiology at Aberdeen’s Institute of Applied Health Sciences, and her team at the University of Aberdeen in Scotland looked at 46,000 women to reach their findings.
These women were part of the Royal College of General Practitioners’ Oral Contraception Study – the world’s largest running study of the health effects of the pill. They followed each of these women for up to 44 years.
Researchers found that women who used the pill were less likely to develop ovarian, colorectal and endometrial cancers, compared to those who didn’t. They also noted that about one in three women on the pill were protected from ovarian and endometrial cancers. For colorectal cancer, about one in five cases were avoided.

The study outlined that there was, unfortunately, a downside to using the pill. Researchers found that women who were currently on the pill or who’d taken it recently were at increased risk of breast and cervical cancers. Luckily, that risk disappeared within five years of going off the pill, researchers cleared up. There was also no evidence of an increased risk of these cancer coming up again later in life.
Iverson concluded that the pill doesn’t put women at increased cancer risk in the long term. She added that the pill may reduce risk of cancer for at least 30 years after a woman stops taking it.
On a more encouraging note, Iverson confirmed that this study found no evidence of new cancer risks popping up later in life among women who’d ever been on the pill.
“These results provide strong evidence that most women do not expose themselves to long-term cancer harm if they choose to use oral contraception; indeed, many are likely to be protected,” the study read.
Tags: the pill, birth control pill, benefits of the pill, cancer, women's cancer, the pill and cancer, the pill and cancer prevention, cancer risk, cancer risk in women, cancer protection, cancer news

The health benefits of the pill go beyond regulating periods, decreasing menstrual cramps and preventing acne - it may even help prevent cancer
Rating:
Note: 5 of 1 vote