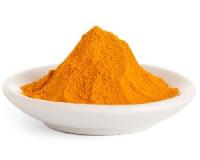 The history of the spice turmeric, whose main active component is called curcumin, is diverse and well-documented.

Curcumin is actually part of the ginger family and it is made by grinding the roots of a large-leafed Asian plant known as Curcuma Longa.

And now it's been shown to prevent and even help kill cancer cells - find out more below...


Studies are mounting showing how effective curcumin is in fighting cancer...

According to University of Chicago scientists, curcumin inhibits a cancer-provoking bacteria (H. pylori) associated with gastric and colon cancer.

And, biochemists in China reported that curcumin reduces a gene responsible for starting up prostate cancer, and could also reduce hormone receptor sensitivity to this gene.

Curcumin also appears to be able to suppress the formation of tumours as well as protect against the DNA damage that causes cancer.

One study found that the risk of tumour development in rats following exposure to X-ray dropped from 70.3% to 18.5% after receiving just 1% curcumin (turmeric extract) in their diet.

It fights cancer in various ways...

Use turmeric in your food and take a curcumin supplement to get the benefits this amazing golden spice offers.