The germs in your mouth can affect your pancreatic cancer risk! 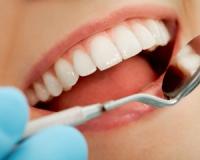 Findings presented at the annual meeting of the American Association for Cancer Research last year revealed a link between certain mouth germs and a heightened risk of pancreatic cancer.

“We identified two types of bacteria that are associated with a higher risk for pancreatic cancer and have been tied in the past to such diseases as periodontitis, or inflammation of the gums,” explained lead researcher Jiyoung Ahn, an associate professor of population health at NYU Langone Medical Center in the United States.

However, Ahn stressed that the while the team found an association between mouth germs and pancreatic cancer, they “can't tell if this bacteria causes the cancer”. Keep reading for the full findings.

About 46,000 people in the United States alone are diagnosed with pancreatic cancer each year…

The US National Cancer Institute (NCI) estimates that 46,000 Americans are diagnosed with pancreatic cancer every year. Because doctors usually only pick it up in its later stages, pancreatic cancer has a high death rate compared to other cancers.

Your pancreas make digestive hormones and juices such as insulin, which help regulate your blood sugar levels. Risk factors for pancreatic cancer include smoking, obesity, a history of diabetes and a family history of the disease, according to the NCI.

The team found that one strain of mouth cancer was associated with a 59% higher risk for pancreatic cancer in people who carried it. They linked another strain to a 119% greater risk for the cancer.

So how might mouth germs raise your risk of cancer in other organs? According to Ahn, people who carry these mouth germs may be susceptible to inflammation, which has been linked to cancer. She added that the findings might lead to new ways to screen for pancreatic cancer.
Tags: pancreatic cancer

The germs in your mouth can affect your pancreatic cancer risk!
Rating:
Note: 5 of 1 vote