The citrus secret that stops cancer in its tracks... 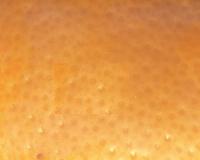 The world's leading expert on this compound, Dr Isaac Eliaz, has made it his life's work to study its use and effectiveness.

Find out below what it is...

The substance is pectin. It is a soluble fibre found in the cell walls of plants. And it’s most abundant in the peels of citrus fruits. An orange rind contains about 30% pectin.

Scientists have understood the digestive benefits of pectin for many years. It can remove toxins from the intestines and colon. It prevents constipation. And dozens of studies show that it can reduce colon cancer risk.

There's one problem - the molecules of dietary pectin are large. They can’t get through the intestinal wall and enter the bloodstream.

But in the 1960s a technique was developed for “chopping” the pectin molecule. This compound is Modified Citrus Pectin (MCP). It is just a fraction of the molecular weight of regular citruspectin. MCP can easily enter the bloodstream. It can travel to target points throughout the body.

In 1992, scientists published the first research on MCP. It showed that MCP had big benefits against cancer.

Dr Eliaz says MCP is an “anti-adhesive agent.” So it is a great protector against metastasis.

But now there’s new hope for cancer sufferers.
Find out here how a Natural compound has been shown to destroy cancer stem cells…

The Journal of the National Cancer Institute published a study on rats that showed MCP reduced the spread of melanoma by 90%!

Dozens of studies have proven the cancer-fighting benefits of MCP. Dr Eliaz has been involved in many of these studies, including several trials performed on humans.

MCP not only makes cancer cells less “sticky,” but it also stops them from communicating. It blocks blood vessels to tumours. And once it binds to a cancer cell, it even helps to “tag” these cells for attack by the immune system.

All of this leads to cancer cell death.

MCP can also trap heavy metals, radioactive isotopes, and toxins to flush them out of the body.

You can buy MCP at health shops.

Another natural nutrient astonishing scientists is curcumin. It offers a whole army of defences against cancer, find out more about it here...
Tags: cancer

The citrus secret that stops cancer in its tracks...
Rating:
Note: 5 of 1 vote