That extra weight you're carrying is putting you at increased risk of cancer! 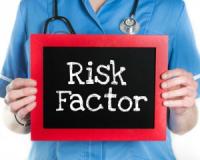 The new year has only just begun and you're already giving up on your number one resolution - to lose weight. Some blame it on the temptation of their favourite comfort foods, while others say it's because they simply can't find time every day to exercise.

Whatever your excuse is, I'll say one thing: You should seriously reconsider taking your goal to lose weight seriously. Not only for your physical appearance, but also because that extra weight you're carrying is putting you at increased risk of cancer!

Don't believe me? Statistics shows that one in every 20 cancer patients is suffering from the chronic disease due to obesity. What's more, one study that used NCI Surveillance, Epidemiology, and End Results (SEER) data found that in 2007, roughly 7% of women and 4% of men in the USA suffered from cancer due to obesity.

Needless to say, it's time you make the decision to get your weight down to a healthy number before it's too late! Read on for some top tips on how to fight obesity and slash your cancer risk, as suggested by California-based medical oncologist, Dr Thehang Luu.

Four main ways in which obesity contributes to cancer risk

Let’s first take a look at how obesity can lead to cancer:

#1: Fat tissue produces excess amounts of oestrogen
Fat tissue overproduces oestrogen, and an overproduction of this hormone is tied to increased risk of breast, endometrial and a couple of other cancers.


The best ways to reduce your weight and prevent getting cancer

While prevention is always better than cure, if you’re already obese I’m sure you’re wondering what you can do to reduce your weight and, in turn, cut your risk of cancer.

First off, according to studies, by reducing your body mass index (BMI) by just 1% (equivalent to about 1 kg) you can significantly reduce your risk of cancer. One study went as far as to say that if everyone had to reduce their BMI by 1%, it could prevent approximately 100,000 new cancer cases!

Other ways you can get your weight down include following a natural diet abundant in whole foods, eating smaller portions and staying fit by exercising regularly. Drinking lots of water will also help you tone up and slim down.

That extra weight you're carrying is putting you at increased risk of cancer!
Rating:
Note: 5 of 1 vote