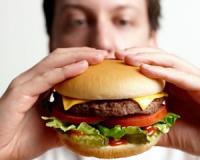 You have a higher risk of developing aggressive prostate cancer if you consume a lot of ground beef and red meat - especially if it's grilled or well-done. This is according to recent research published in the journal PloS One.

You read right - it turns out artery-clogging red meat contributes to more than heart disease. This is yet another reason to steer clear and opt for lean meats instead. Read on for the full scoop on this eye-opening study.

Men who eat a lot of red meat every week are more than ywice as likely to develop prostate cancer...

The study was conducted by researchers at the University of California in the United States. To reach their findings, they compared about 500 men who’d recently been diagnosed with aggressive prostate cancer to a similar size group of men who were cancer-free and served as controls.
The men in both groups filled out detailed questionnaires about their diets over the previous year, including how much meat they ate and how it was prepared. The researchers found that men who ate the most ground beef were more than twice as likely to develop aggressive prostate cancer than those who ate none.
They also linked eating liver and fatty lunch meats like salami to an increased cancer risk. In contrast, poultry, bacon, sausages and low-fat hot dogs didn’t seem to have much influence on cancer risk.

Furthermore, the researchers found that the men who ate about two servings of hamburger or meat loaf per week were also more than twice as likely to develop aggressive prostate cancer than  those who ate none. However, the increase in risk seemed to depend on how the meat was cooked.
The researchers found that men who preferred their burgers well-done had double the cancer risk, while those who liked their burgers medium or rarer only had a 12% higher cancer risk. They identified a similar pattern with grilled versus barbecued steak.
The moral of the story? While red meat is shown to have multiple negative health effects, if you can’t live without red meat, you should at least be mindful about how you prepare it, as it can influence your prostate cancer risk.
Tags: prostate cancer