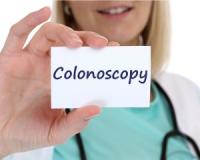 We can all agree that a colonoscopy is anything but enjoyable. But getting screened for colon cancer can save your life! Screening can find the cancer while it's still easy to treat.

According to a new study conducted by researchers from the University of Missouri in the USA, most adults with disabilities don't get routine screenings for colon cancer.

To reach their findings, the researchers reviewed two state health plain claims: South Carolina Medicaid (a social healthcare programme for those with limited resources) and Medicare (a national social insurance programme funded by payroll tax). They also looked at hospital discharge data from 2000 to 2009.
The researchers found that 48% of the general population reported having routine colon cancer screenings. However, only 34% of people with disabilities reported routine screenings – 46% with blindness or limited sight and 44% with spinal cord injuries.
“These individuals may not be routinely screened for colon cancer due to a lack of education and awareness, transportation challenges or other barriers,” reported study author Chelsea Deroche, an assistant professor in the Department of Health Management and Informatics, in a university news release.


************ Best seller *************
The real key to healing cancer is to wipe out the stealth disease lurking behind it...
I admit I was downright shocked when I found out that cancer isn't actually what kills most cancer patients! And I've been a doctor for well over 20 years - so not much surprises me anymore.
Even more astounding - this monumental discovery goes back to the 1970s when former US Air Force Dr Joseph Gold uncovered the REAL killer, a condition that no one in the medical field was even talking about!
That's right - the real culprit behind 3 out of every 4 cancer deaths isn't cancer at all. No! It's a syndrome you've probably never even heard of - called cachexia (pronounced "ka-kek-see-ah").
And if you or someone you love is battling cancer... You definitely can't afford to ignore what could very well be the only natural compound that stops this stealth killer in its tracks.
**********************************
“These findings support the need for increased awareness and targeted advocacy outreach efforts to both physicians and caregivers to ensure all individuals are screened appropriately,” Deroche added.
Deroche concluded that a whopping 60% of colon cancers deaths in the US could be prevented if everyone – including the disabled – would simply get routine screenings for cancer after they turn 50.

Study finds out why disabled adults have lower colon cancer screening rates than other adults
Rating:
Note: 5 of 1 vote